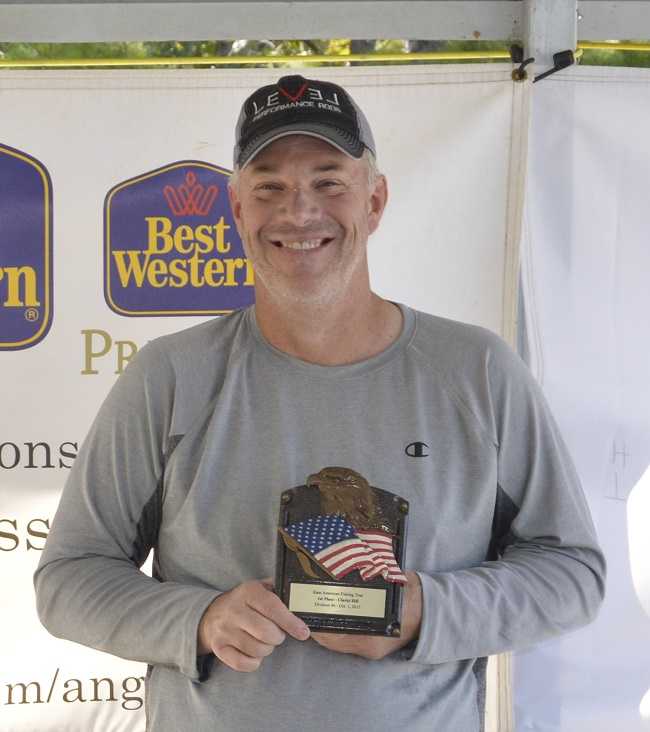 The day started out at 55 degrees and was at 75 degrees by the 3 pm weigh-in. Sunny bluebird skies with the wind out of the NE at 15 to 25 mph. Clarks Hill Lake is at 8 feet below full pool and falling with surface temp in the mid to high 70s.There were 26 anglers fishing this Division 96 1-day qualifier tournament out of the Dorn Facility.

First place was taken by Andy Lake, with 5 fish weighing 13.80 pounds that was anchored by the tournament big fish of 5.91 pounds. That fish puts Andy in the lead for the 2018 Season ALX Rod Big Fish. Andy caught all his fish on soft plastics fishing brush piles on the middle part of the lake. His big fish came on a plastic worm in 12 feet of water. The combined payback for first place and big fish gave Andy $770.

Fourth place was Steve Christie of Gray Court, SC. Steve had 5 fish weighing 10.70 pounds. Steve fished the middle part of the lake and caught his fish on crankbaits. Steve won $108 for his fourth-place finish.

The next Division 96 tournament for Division 96 will be on Lake Murray out of Dreher Island State Park near Prosperity, SC on October 1, 2017.