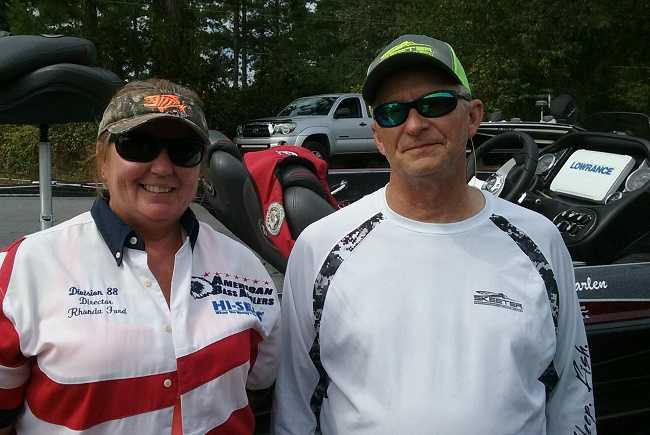 Doug Orazine, of Springville Alabama, is one step closer to the 2018 ABA National Championship with a 1st Place win during the RAM American Fishing Tour, Alabama East Central D88 tournament held on Lake Weiss in Cedar Bluff, Al.  The tournament was held on the 26th of August, and proved to be a challenge for the field of six anglers.  Doug managed to land 4-bass which weighed in at 6.53 lbs.  He caught all these fish before 7:00 am, then went without another keeper the rest of the day.

Robert Lemming of Summerville, GA caught 4-fish to finish as runner-up and win big fish pot with a 2.53lb largemouth.  Doug caught his bass on a jig and top water bait.  Rhonda Ford (also pictured) was pleased to run the first tournament of the season and welcomes more anglers for the September tournament.

These anglers are acquiring valuable points to insure their birth in this division’s two-day championship and the American Fishing Tour 2018 National Championship. Their points are also being used to determine the divisional angler of the year.

Conditions: The daytime high was 85 with a light breeze.  The sky was partly cloudy with clearing conditions.  Water was at full pool.

Next Divisional Tournament: This division’s next tournament will be held 30 Sept out of Little River Marina on Lake Weiss.