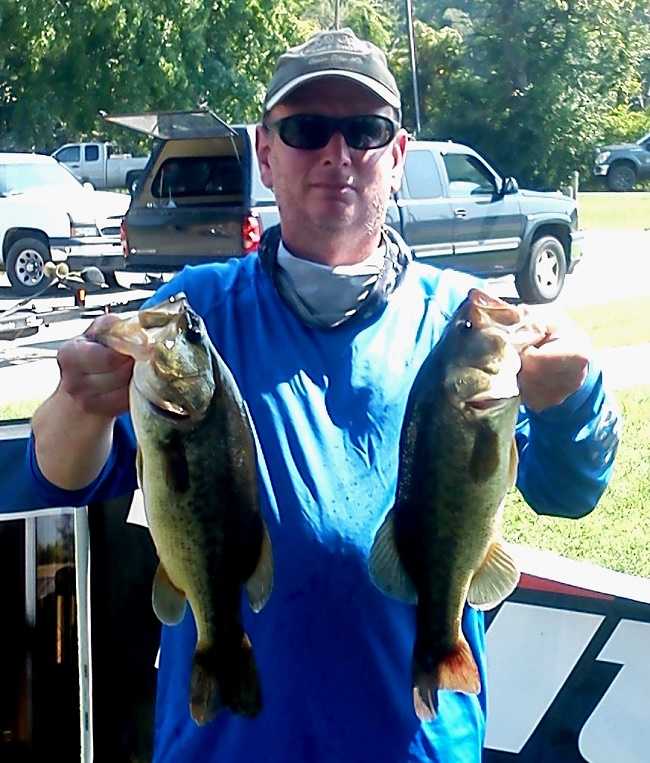 Pat Loewy of Bowie, MD won the American Bass Anglers RAM American Fishing Tour Maryland D11 2-day tournament held Aug 19th and 20th 2017 on the Potomac River.  Running out of Smallwood State Park near Marbury, MD Pat brought back a five-fish limit on day 1 that locked in the scales at 13.91 lbs. On day 2 Pat only managed to bring back 4 fish to weigh, they locked in the scales at 9.01 lbs.   and that was good enough to seal his victory, with a 2day total weight of 22.92 lbs.  Pat took home a check for $1044 for his first-place finish.

"Both days I caught a few fish in the mornings on high tide targeting inside weed edges with frogs and moving baits. As the tide fell out I moved to the outside weed edges and fished painfully slow with finesse baits. The first day I had 8 bites, catching the last keeper just after 2pm. The second day only had six bites and missed two." Said Loewy.

Justin Roberts of Bryantown, MD brought in the biggest bass of the tournament, that bass tipped the scales at 4.11 lbs.