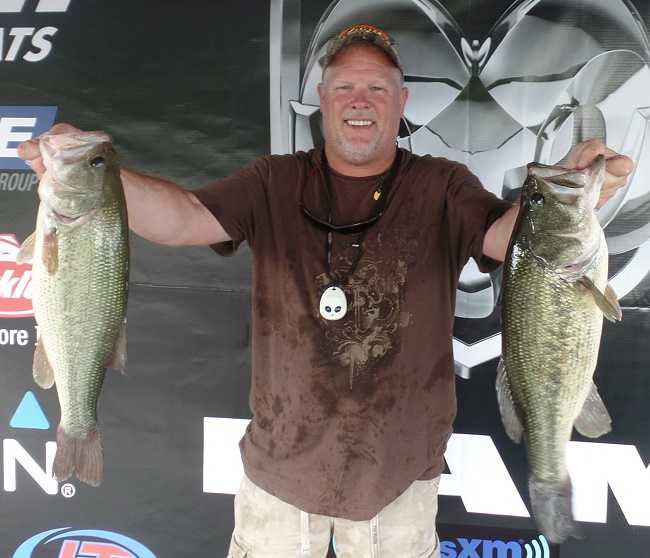 “I fished 1 mile north and south,” Thompson said. “I fished ledges and bluffs, the ledges were 14-16-foot depths using a watermelon 3/8 oz. football jig, the bluffs were in 2-4 feet of water, and I caught them on a white swim jig.”

In second for the boaters, Justin Tralli of Glastonbury, CT landed a five-bass tournament limit going 19.54pounds with a 4.72-pound kicker. He collected $1250.00 for the effort.

“I couldn’t find quality fish in the south, so I took a run way up north. Fishing St. Albans, using an Area 51 Fishing Bait called a Pilot Fish in Valcour color, named after the Island of Valcour. I also fished a swim bait.”  Said Tralli.

Stephen J. Estes of Auburn, NH took third for the boaters with five bass going 18.85 pounds. He anchored his catch with a 4.09-pound kicker. Stephen earned $900.00 for his effort.

Finishing fourth, Henry Fristik of Chester, MA landed a five-bass limit for 18.36 pounds including a 4.19-pound kicker. Michael J. Smith of St. Albans, VT rounded out the top five boaters with five bass at 18.29pounds topped by a 5.48-pound kicker.

The biggest bass for the boaters was caught by: Michael J. Smith of St. Albans, VT that weighed 5.48 lbs. and Michael pocketed $630.00 for his catch. 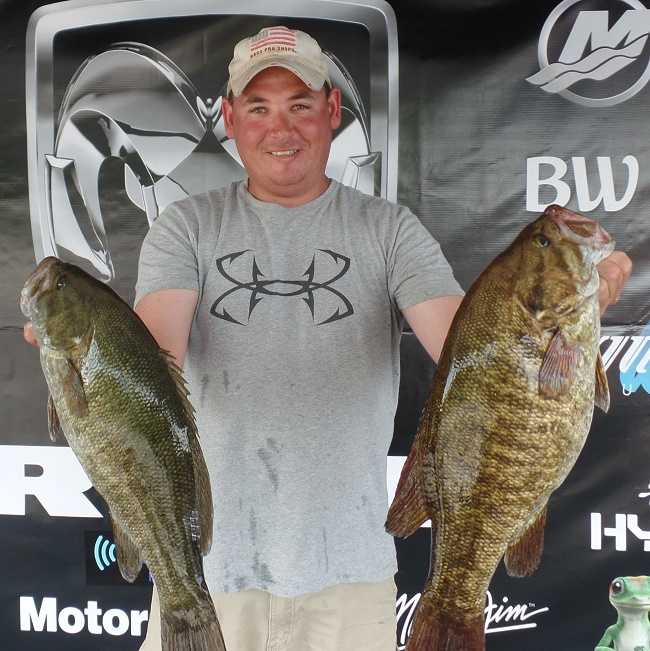 In the Co-Angler Division, Chris Sullivan of Voorheesville, NY won with three bass going 10.78 pounds. He sealed his victory with a 4.69 pound kicker to pocket a check for $1200.00.

“I was way up north drop shotting Area 51 Baits on humps and ledges.” Said Sullivan.

Taking second for the co-anglers, Jeff Marianetti of Ontario, NY brought in a three-bass division limit weighing 10.70 pounds including a 4.07-pound kicker. He collected $400.00 for the effort.

“I was fishing a homemade black 3/8 oz. jig, fishing grass and rock, and we were fishing both north and south.”  Said Marianetti.

Jim Cousineau of Westfield, MA placed third among the co-anglers with three bass locking in the scales at 10.52 pounds. He anchored his catch with a 4.40-pound kicker to earn $350.00

“I was fishing a black Senko on docks.” Said Cousineau.

In fourth place among the co-anglers, Adam Dunkling of Hinesburg, VT brought in three bass for 9.02 pounds. Johnathan Wentworth of Clifton Park, NY finished in fifth place with three bass at 8.83 pounds.

The biggest bass for the co-anglers was caught by: Chris Sullivan of Voorheesville, NY that weighed 4.69 and Chris pocketed $175.00 for that fish.

Slated for September 2nd, and 3rd., the next tournament in this division is a two day championship and  will be held on Lake Erie out of Presque Bay. At the end of the season, the best anglers from across the nation advance the 2018 Ray Scott Championship, slated for the Red River in Shreveport-Bossier, Louisiana in April 2018.