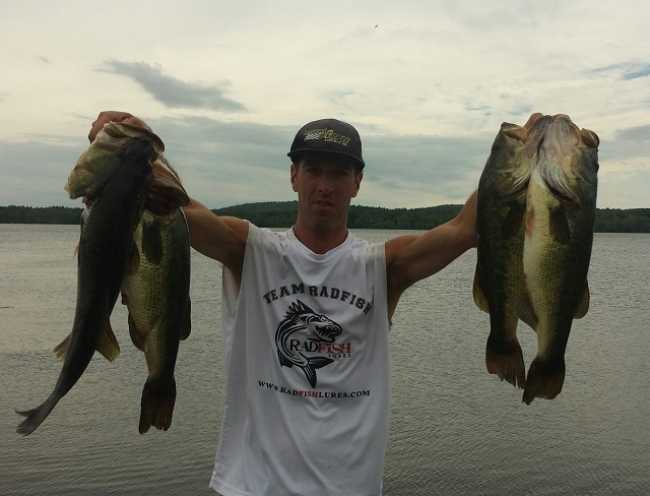 Sean Lloyd of Springfield, Ma won the RAM American Fishing Tour Presented by American Bass Anglers, Massachusetts Division 97 championship.   Blasting out of Quaboag Pond near Brookfield, MA it was a beautiful weekend for the championship.  Temperatures both days started around the  60's in the morning and peaked around the high 70's by weigh in.

Sean Lloyd led day 1 with 19.14 lbs. using a homemade jig and a weed less spoon. Josh Bush followed on the leaderboard with 14.22 lbs.

For more information about this Division and future events visit www.americanbassanglers.com or contact the local Director for Massachusetts Division 97 Sean Lloyd at 413-636-9603.