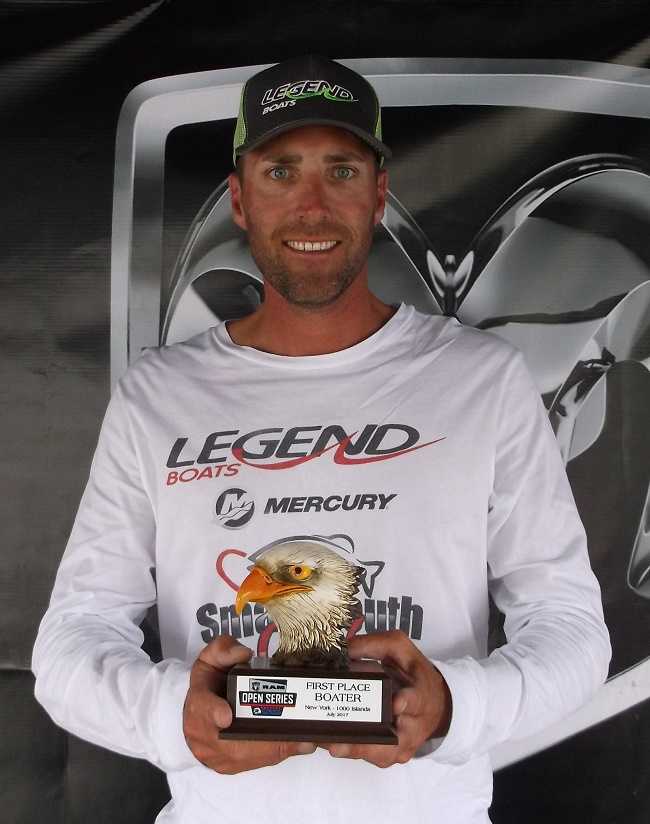 “I was out on the lake, I ran a lot and I used a swimbait.” Said Manson.

In second for the boaters, Patrick Grady of Chaumont, NY landed a five-bass tournament limit going 23.86 lbs. pounds with a 5.43-pound kicker. He collected $1050.00 for the effort.

“I was at out by Henderson on the Lake throwing a jerk bait and a drop shot. I was fishing 25-32 feet of water.”  Said Grady.

Gary Greenwood of Irwin, PA took third for the boaters with five bass going 23.47 pounds. He anchored his catch with a 5.45-pound kicker to earn $550.00

“I was on the lake drop shotting a watermelon red twitch tail minnow in 25-32 feet of water.” Said Greenwood.

Finishing fourth Lucas McDaniel of Fishers, IN landed a five-bass limit for 20.21pounds including a 5.08-pound kicker. Frank “Gee” Guarascio of Marcy, NY rounded out the top five boaters with five bass at 19.87 pounds.

Henry Fristik of Chester, MA caught the biggest bass for the boaters. It locked in at 6.14 lbs. and Henry pocketed 600.00. 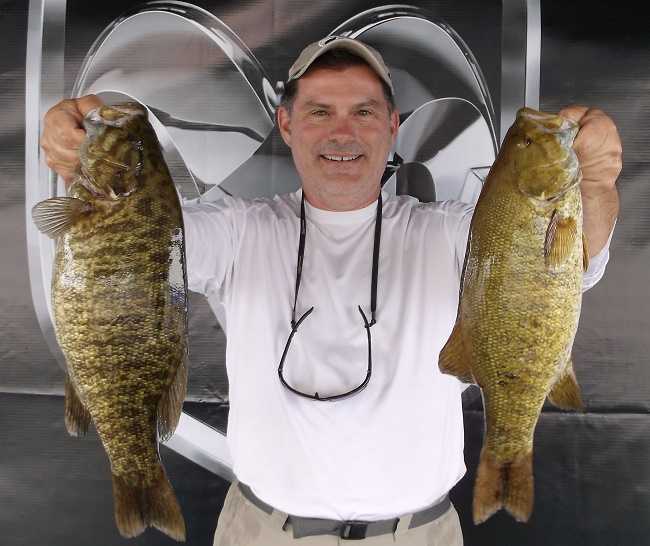 In the Co-Angler Division Jeff Warren of Lansdale, PA won with three bass going 14.55 pounds. He sealed his victory with a 5.91-pound kicker to pocket a check for $1200.00.

“I was fishing the river shallow with a Bubblegum red rig.” Said Warren.

Taking second for the co-anglers, Roland Beaulieu of Swanton, VT brought in a three-bass division limit weighing 13.63 pounds including a 4.63-pound kicker. He collected $500.00 for the effort.

“I was fishing the Lake with a Carolina Rig and different colored Beavers in 25 ft. of water.” Said Beaulieu.

Jordon Prentiss of Keeseville, NY placed third among the co-anglers with three bass going 12.66 pounds. He anchored his catch with a 5.14-pound kicker to earn $350.00.

I was drop shotting in 30 FT of water on the lake with a Cross Tail Shad.” Said Prentiss.

In fourth place among the co-anglers, Steve Hanley of Schenectady, NY brought in three bass for 11.37 pounds including a 4.25-pound kicker. Jeff Marianetti of Ontario, NY finished in fifth place with three bass at 11.20 pounds.

The biggest bass for the co-anglers was caught by: Jeff Warren of Lansdale, PA that weighed 5.91 and Jeff pocketed $215.00

Slated for August 19, the next divisional tournament will be held on Lake Champlain out of Ticonderoga, NY.  At the end of the season, the best anglers from across the nation advance the 2018 Ray Scott Championship, slated for the Red River in Shreveport-Bossier Louisiana in April 2018.