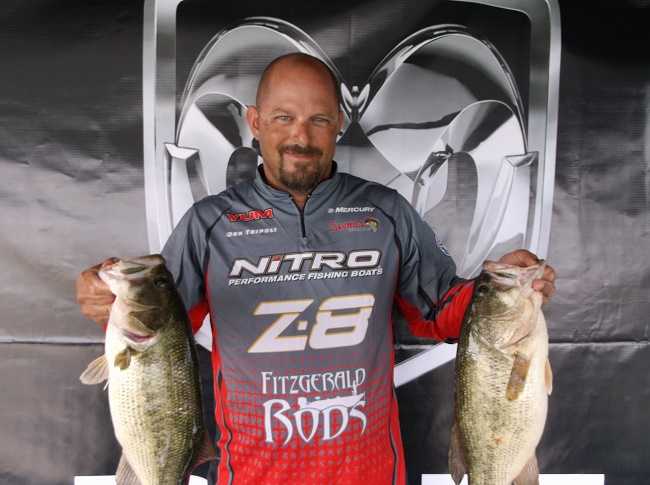 In second for the boaters, Mike Korrin of Waterloo, NY landed a five-bass tournament limit going 19.11 pounds with a 5.17-pound kicker. He collected $1400 for the effort.

“I fished the north end of the lake. I threw a green pumpkin power worm in 6-8 ft. of water. I fished the grass edges.” Said Korrin.

Gregg J Marsh of Waterloo, NY took third for the boaters with five bass going 19.09 pounds. He anchored his catch with a 4.49-pound kicker to earn $950.

“I fished shallow and tight on docks.  I threw a sinco and a jig both in green pumpkin color. I went south and hit a lot of docks, I just let it set and they would pick it up.”  Said Marsh.

Finishing fourth, Stephen Marr of Seneca Falls landed a five-bass limit for 18.73 pounds including a 6.18-pound kicker. This was also the big fish for the anglers which earned him $690 for the big fish.

Nick J Prvonozac of Warren, OH rounded out the top five boaters with five bass at 18.52 pounds topped by a 4.20-pound kicker. 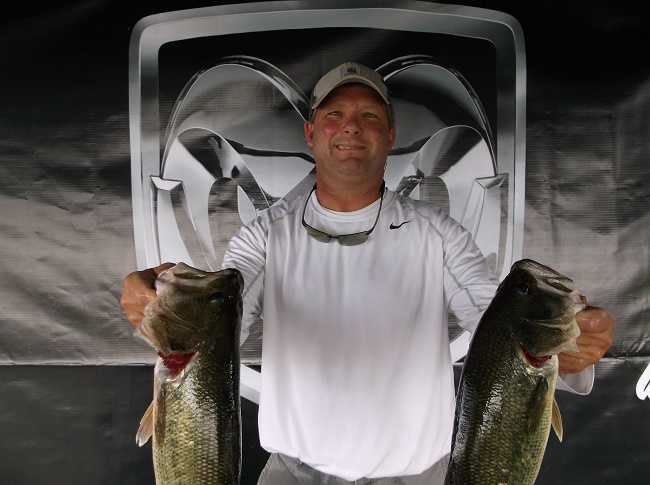 In the Co-Angler Division, Jim Buehler of Montoursville, PA won with three bass going 10.62 pounds. He sealed his victory with a 3.89-pound kicker to pocket a check for $1200.

“Tubes tubes, tubes, we were north in less than 10ft of water. I threw a smoke colored tube ¼ oz. around rocks.” Said Buehler.

Taking second for the co-anglers, Rudy Staab of Roxbury, NY brought in a three-bass division limit weighing 10 pounds including a 3.65-pound kicker. He collected $500 for the effort.

“We boated a lot of fish today. I caught all of my fish when the sun came out on a spook and a Chug Bug.” Said Staab

Sudhir H. Nath of Cheektowaga, NY placed third among the co-anglers with three bass going 9.57 pounds. He anchored his catch with a 3.62-pound kicker to earn $350.

In fourth place among the co-anglers, Skip Morse of Belle Mead, NJ brought in three bass for 9.27 pounds including a 3.10-pound kicker.

Brian Depto of Kane, PA finished in fifth place with three bass at 9.26 pounds topped by a 3.34-pound kicker.

The biggest bass for the co-anglers was caught by, Daniel Bassettt Sr. of Liverpool NY that weighed 4.89 pounds and Daniel pocketed $210.

Slated for July 22nd, the next divisional tournament will be held at the 1000 islands  out of French Creek Marina in the town of Clayton NY.  At the end of the season, the best anglers from across the nation advance the 2018 Ray Scott Championship, slated for the Red River in Shreveport-Bossier Louisiana in April 2018.