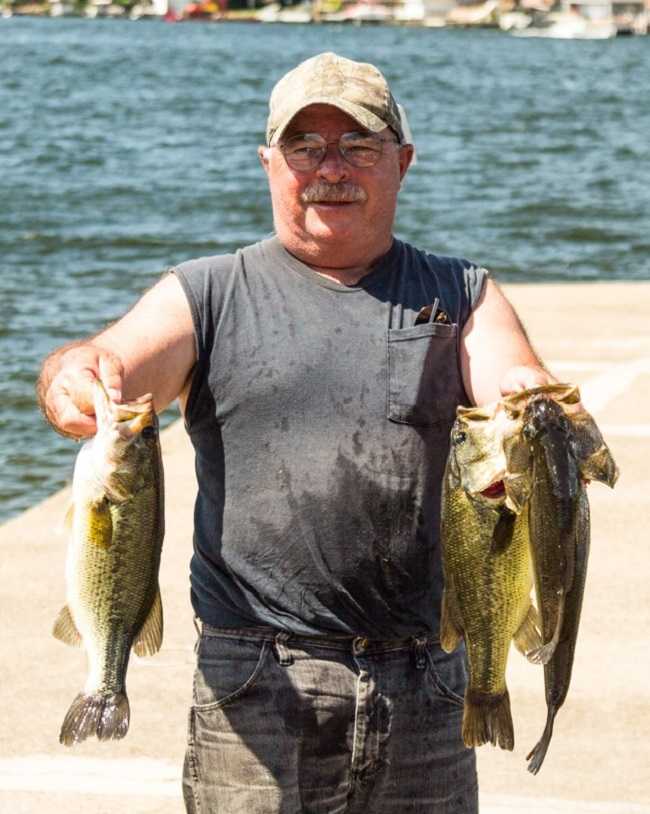 Pallavicini of Ringwood, NJ caught 5 bass weighing   8.70 pounds with a 2.57-pound kicker Largemouth.  For the victory, Al took home a check for $313.00. Al caught most of his fish using soft plastic in and around docks.  The Big Fish was worth an additional $45.

In second among the competitors was Mike Wallace, of Highland Lakes, NJ who caught five fish weighing 8.61 pounds.  Mike was pitching soft plastics on docks, and collected a check for $128.00.

Next Event for the New Jersey Division 10 is a 1-day 2017 Divisional Qualifier on Greenwood Lake out of Small Craft Marine, Hewitt, NJ is on 8-9-17 with the safety meeting starting at 0440 hrs.

For information about this division and future events visit Americanbassanglers.com or contact the local director for New Jersey - Don Philpot at 513-405-6702

These anglers earn valuable points toward the divisional angler of the year title. The points champion from each division will compete in the annual American Bass Anglers Ram AFT Angler of The Year Final Round, at the Ram American Fishing Tour National Championship. In addition, the top 500 anglers from the various divisions will earn the right to compete in the three-day ABA, AFT National Championship tournament.

The Ram American Fishing Tour offers low cost, close to home bass tournaments that are designed for the weekend angler. All ABA anglers fish for money and points. The points advance the angler to their divisional championship and the top 500 anglers in the US are invited to the American Fishing Tour National Championship scheduled for October 15-20, 2017, on Quachita River, Monroe, LA.  For more information on American Bass Anglers please visit www.americanbassanglers.com or call (256)232-0406.