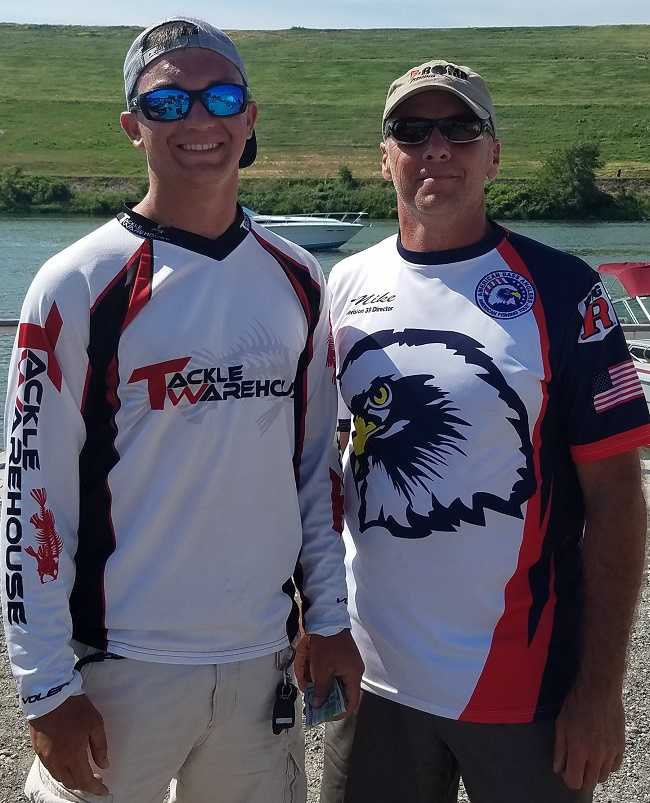 Our 4th event of the year was held at the Cal/Sag on June 11th. It was hot and blustery day but all 30 anglers competing weighed at least one fish!  Mike Koenig said, “First time I have seen that since I began tournament fishing.”

Nick Koehne of Manteno, IL had the winning bag with a mixed bag of large and small mouth bass weighing 12.29lbs.

Fourth place goes to Chuck Sabia of Ottawa, IL with a limit weighing 10.15 lbs.  anchored by a 2.92 pounder.

Robert Ward of Round Lake Park, Il caught the BIG R Bass of the tournament with a weight of 3.52lbs. That small mouth got Ward a $50 gift card from BIG R STORES and a nice trophy for the mantel.

The 3 Big R fishing tackle give away winners were Nick Koenhe, Jeff Lopez, and Chad Cryder. Thanks again for Greg Daniles of BIG R Morris for your continued support.

For more information on this event, or any future events, please contact the local director Mike Koenig at (708)514-7258.