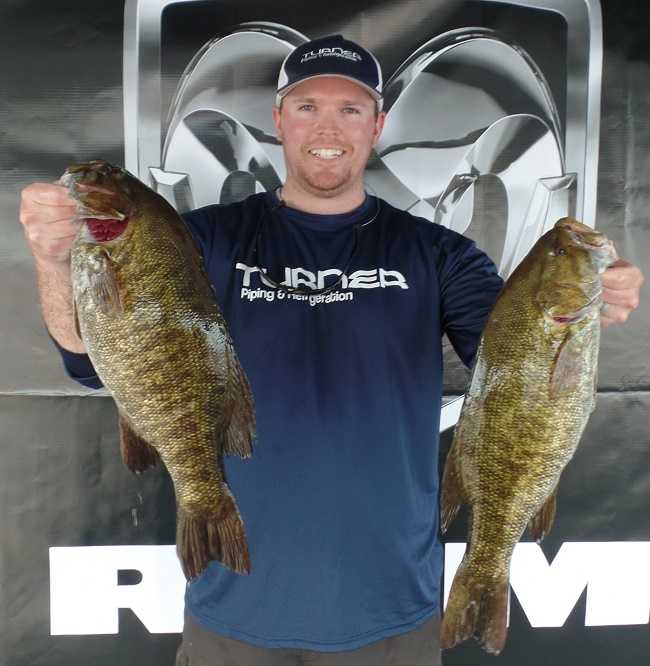 Running out of Dock Street Launch in Plattsburgh, New York, Adams caught a five bass limit weighing 21.82 pounds. He anchored his bag with a 4.88-pound kicker. For the Boater Division victory, Adams took home a check for $5000.

“I fished on the bottom with tubes, drop shot and plastics. I caught most of my fish site fishing. I caught my best one on a white swim bait about 2 pm. I caught fish all day.”  Said Adams.

In second for the boaters, JJ Judd of St Albans, Vermont.  He landed a five-bass tournament limit going 20.13 pounds with a 4.43-pound kicker. Judd collected $1630 for the effort.

Judd said “I site fished for bedding fish.  I went and got my five biggest fish first. Then I went largemouth fishing.  I used a variety of baits and colors.”

Stephen J Estes of Auburn, NH took third for the boaters with five bass going 19.65 pounds. He anchored his catch with a 4.43-pound kicker to earn $1090.

“In the morning, I threw shallow with jerk baits in a chartreuse shad. Later I went a little deeper with brush hogs in green pumpkin. The fish were both pre-spawn and spawning.”  Said Estes.

Bryan Labelle of Hinesburg, Vermont rounded out the top five boaters with five bass at 18.93 pounds topped by a 4.15-pound kicker.

The biggest bass for the boaters was caught by: Christian Mazzola of Walnutport, PA that weighed 4.96 and he pocketed $820 for his catch. 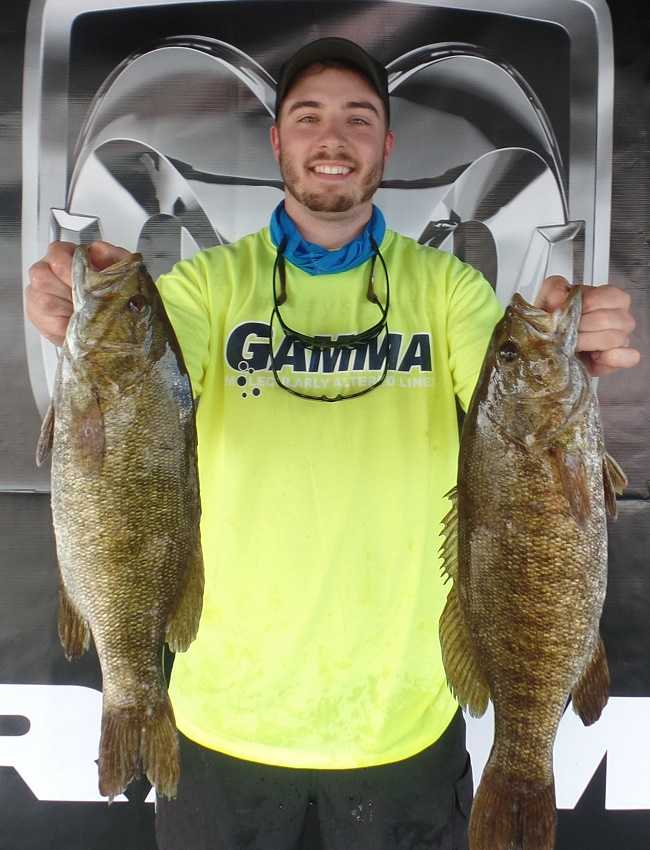 In the Co-Angler Division, William Hines of Indiana, PA won with three bass going 11.94 pounds. He sealed his victory with a 4.92-pound kicker to pocket a check for $1400.

“I’m not keeping any secrets, I caught all my fish in the morning.  I used a top water bait from Livingston Lures, it was a Pro Sizzle Jr. in citrus sparkle.  But I did get my best one on a Gajo Shad swim bait.”  Said Hines.

Taking second for the co-anglers, David E Blankenship of Plattsburgh, NY.  He brought in a three-bass division limit weighing 11.22 pounds including a 4.80-pound kicker. He collected $500 for the effort.

“In the morning, I used a top water. Then I used a Carolina rig with a Senco. My best one came on a shad colored swim bait with a ¼ oz. weight and he hit it on the fall.”  Said Blankenship.

Jim Cousineau of Westfield, MA placed third among the co-anglers with three bass going 10.40 pounds. He anchored his catch with a 4.19-pound kicker to earn $350.

“I caught all of my fish on a spinnerbait.  I used a white on white 3/8 oz. war eagle spinner bait and cast it to schooling fish. I caught fish all day.”  Said Cousineau.

In fourth place among the co-anglers, Kevin Zimmerman of Lewisburg, PA with three bass for 10.15 pounds including a 3.99-pound kicker.

Tom E Melanson of Waltham, MA finished in fifth place with three bass at 10.09 pounds topped by a 4.44-pound kicker.

The biggest bass for the co-anglers was caught by David Santos of Windsor Locks, CT that weighed 5.18. David pocketed $230 for his catch.

Slated for July 1st, the next divisional tournament will be held on Cayuga Lake out of Frontenac Park near Union Springs, NY.  At the end of the season, the best anglers from across the nation advance the 2018 Ray Scott Championship, slated for the Red River in Shreveport-Bossier, Louisiana in April 2018.