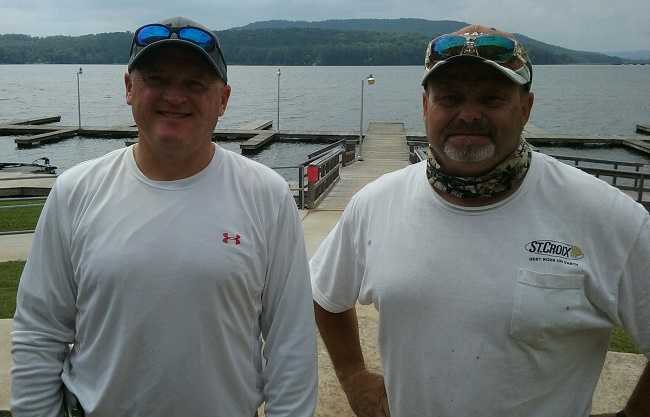 From Division 29, Alabama North Marc Arnold of Kingsport, Tn, is one step closer to the 2017 ABA National Championship with a 1st Place win during the RAM American Fishing Tour bass tournament held at Lake Guntersville on the 27th of May 2017.  Marc caught five bass weighing a whopping 20.18 lbs, and big fish with a 6.86lb largemouth.   The recap of his day included an early shallow bite for the majority of his fish.

12 anglers competed in this event, with 8 limits brought to the scales on this windy day.
These anglers are acquiring valuable points to insure their birth in this division’s two-day championship and the American Fishing Tour 2017 National Championship on the Ouachita River.   Their points are also being used to determine the divisional angler of the year. The top angler by points earned in this division will represent the division in the Angler of the Year final round.

Conditions The morning started out calm and 70 degrees.   Wind was light at first then blew a strong  15-20 mph.

Next Divisional Tournament: This division’s next tournament will be held 1 July on Lake Guntersville out of Goosepond.