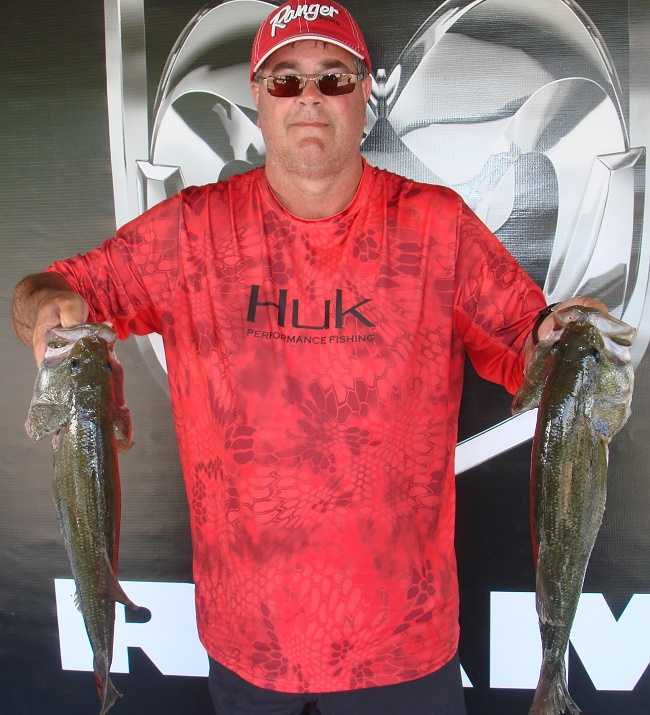 Running out of Calhoun Falls State Park, Jody weighed in five bass for 15.14 pounds. He anchored his catch with a bass that weighed 4.11 pounds. For the Boater Division victory, Parks took home a check for $5000.00.

“I caught 6 fish today culling one time. Everything I caught today was on a deep diving crankbait.” Said Parks. 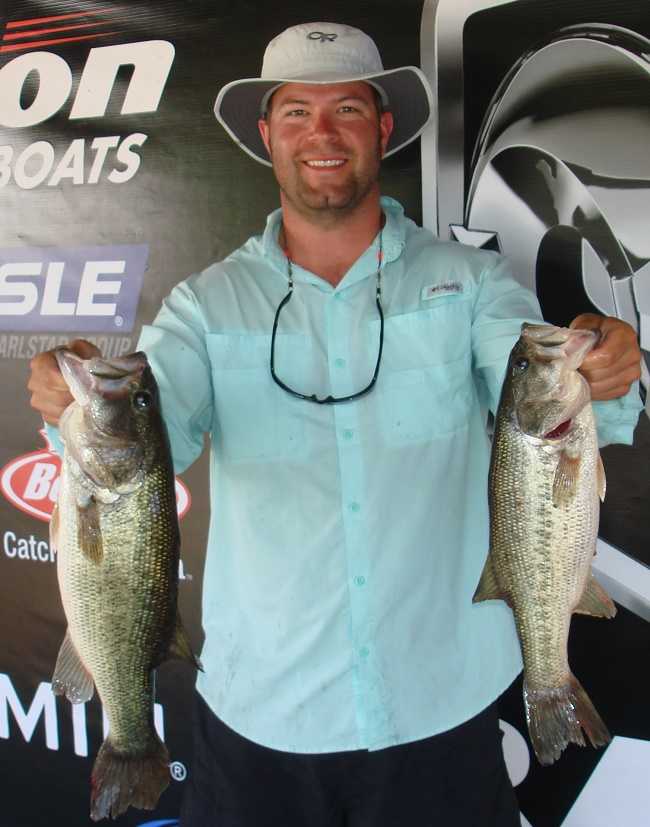 In second for the boaters, Andy Wicker of Pomeria, South Carolina weighed in a five bass limit weighing 14.58 pounds. He anchored his limit with a bass that weighed in at 4.33 pounds.  He collected $800.00 for the effort. Wicker also collected an additional $470.00 for weighing in the biggest bass for the boaters.  Wicker also won an ABU Garcia Revo SX spinning reel valued at $160.00 for catching the biggest bass of the tournament while using an ABU Garcia reel.

“I had found a spot in practice I thought I could catch 12-14 fish but they had moved. It was slow for me and I didn’t catch my first fish until 9:30. I caught my fish in the 15-20 foot depth range. I caught them on a spinnerbait and a shaky head.” Said Wicker. 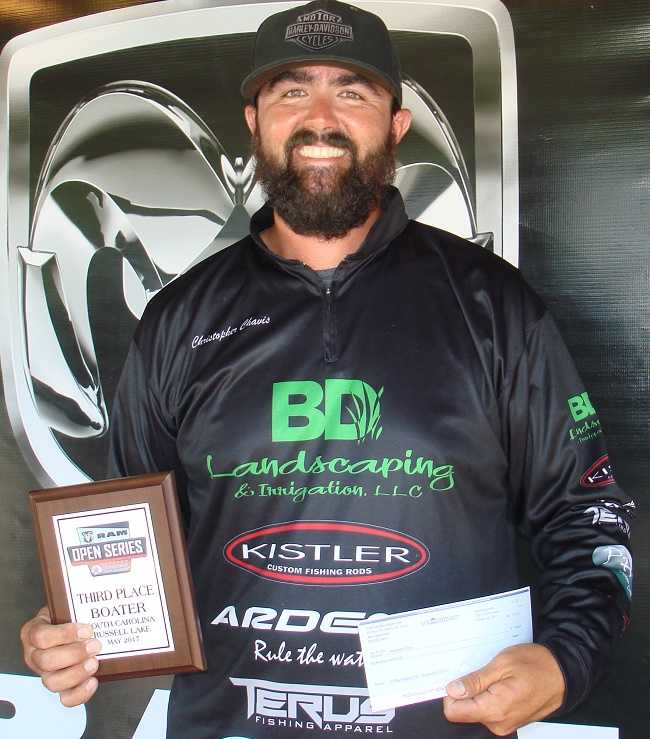 Christopher Chavis of Rincon, Georgia took third place with a five bass limit weighing in at 12.81 pounds. Chavis collected $600.00 for his catch..

For his top 10 finish Jerry Kotal of Elberton Georgia  won $500.00 for being a Triton Gold member. 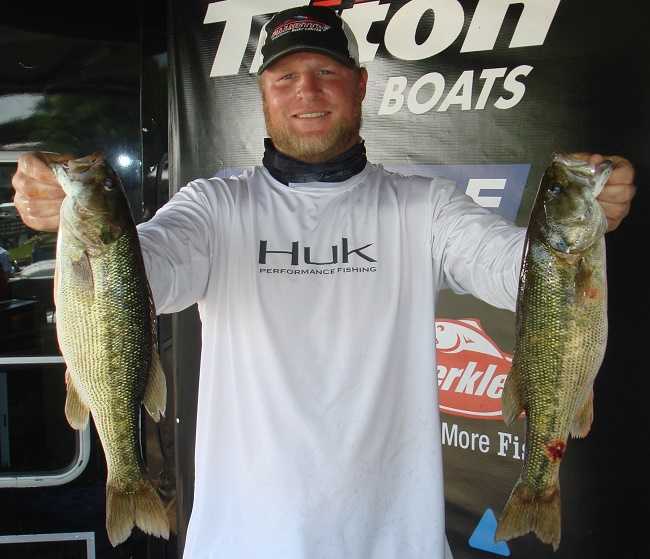 In the Co-Angler Division, Joe Anders of Easley, South Carolina won with three bass weighing 7.43 pounds. He sealed his victory with a 2.70 pound kicker to pocket a check for $900.00.

“I caught a bunch of fish today. The ones I weighed in came on a crankbait and a drop shot.” Said Anders. 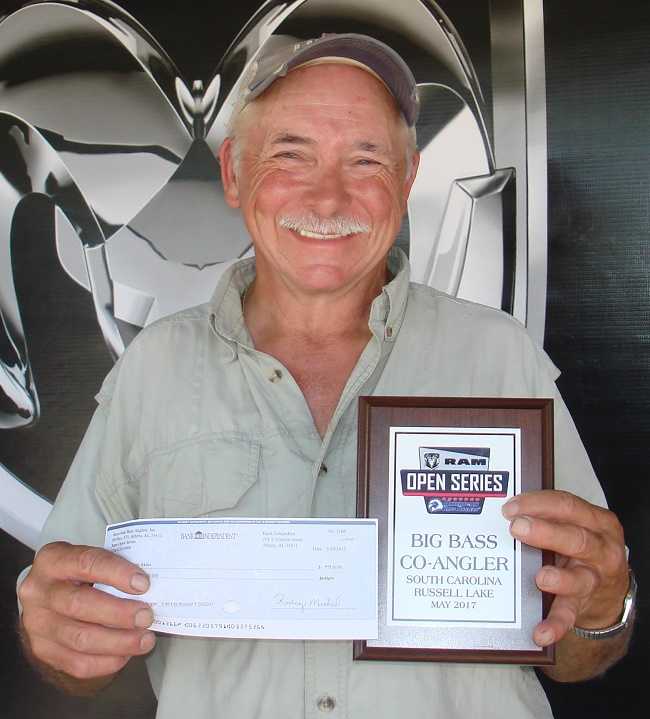 “I probably caught 2-2.5 limits of fish today. I caught them on a fluke and a spin head in the 8-10 foot depth range.” Said Atkins. 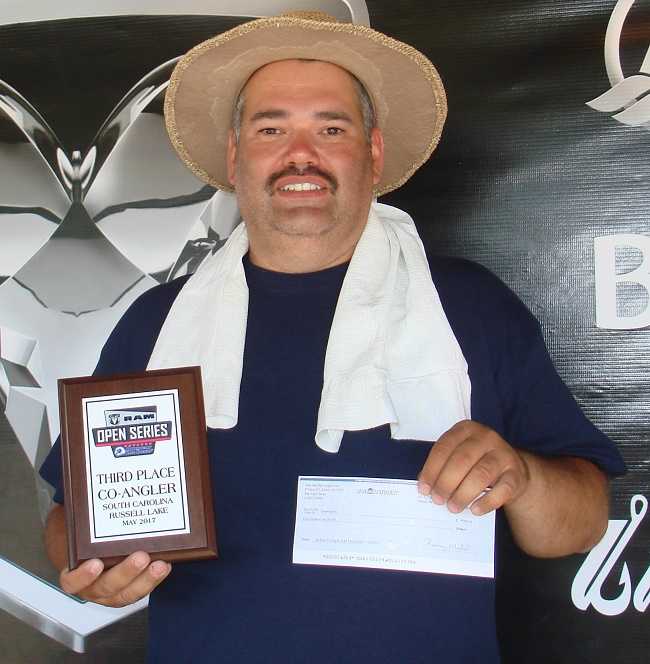 Placing third on the co angler side was Jason Hueble of Whitmore, South Carolina. Hueble weighed in three bass that weighed  4.83 pounds. He collected $300.00 for the effort.

“I caught four fish today culling once. I caught them on top water and on a shaky head.” said Hueble.

Slated for 10/07-10/08/2017 the next tournament for the South Carolina Division will be the area championship on Lake Hartwell. At the end of the season, the best anglers from across the nation advance the 2018 Ray Scott Championship, slated for the Red River in Shreveport-Bossier, Louisiana in April 2018.