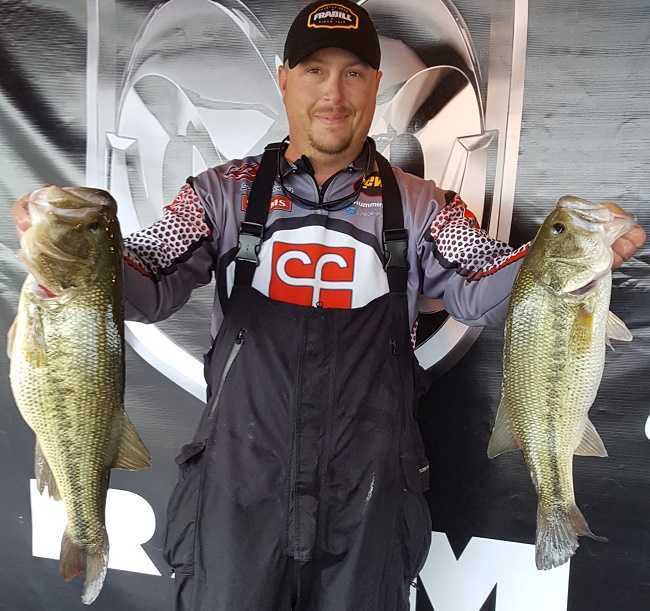 “I threw a spinnerbait today to catch my fish. I was targeting grass in the channel. I culled three time to get my final weight. I caught my fish around 11:30 am when it started raining pretty hard,” stated Brenneis.

In second for the boaters, Jesse Rigsby of Old Hickory, TN. He landed a five-bass tournament limit weighing 16.63 pounds with a 6.20 – pound kicker. He collected $1000 for the effort.

“I caught my fish throwing a swim jig in the grass. I was able to catch fish all day long and culled to get my overall weight,” said Rigsby.

“I was throwing a crankbait in shallow water. I caught my fish pretty early in the day and then it died off for me,” stated Wagner.

Brian Choate of Burns, TN, took fourth place with a weight of 12.77 pounds. 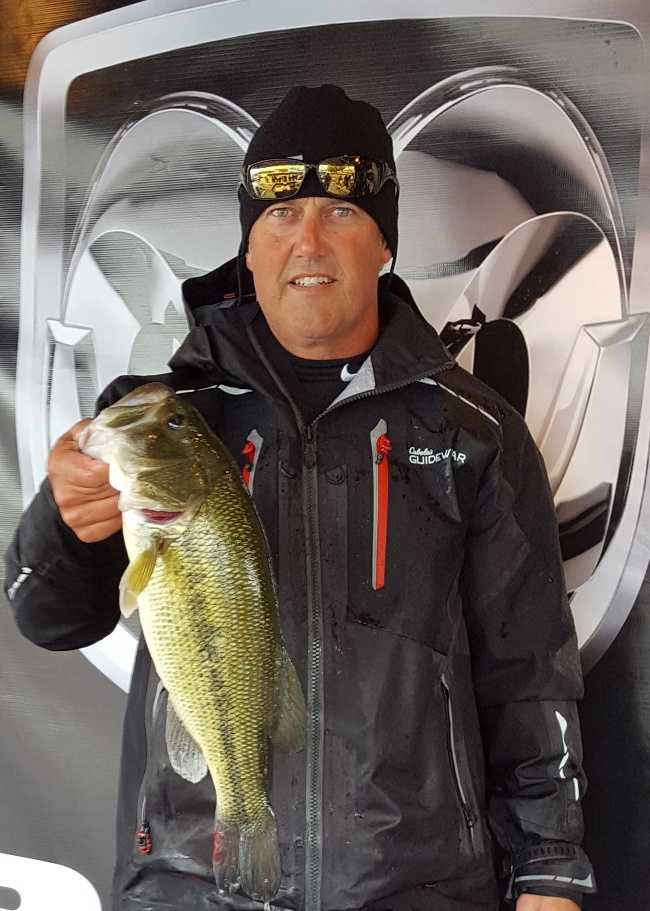 In the Co-Angler Division, Conoly Brown Brentwood, TN won with three bass weighing in at 9.40 pounds collecting $1200 for his efforts.

“I caught my fish today throwing a chartreuse and white spinnerbait. I wasn’t able to figure out the bite until later in the day. I started out by throwing a lighter spinnerbait to begin with in shallow water, then I tied one a 3/25-ounce spinner bait and started catching them,” Brown stated.

Taking second for the co-anglers, Roy Yother of Red Bank, TN brought in a three-bass division limit weighing 8.53 pounds including a 4.52-pound kicker. He collected $400 for the effort.

“I caught my fish today throwing a Gambler Tube. I caught fish all day but only had two that measured.” Jones said.

In fourth place among the co-anglers, Brandon Ratledge of Rossville, GA brought in one bass for 7.44.

Stacy Newman of White House, TN finished in fifth place with one bass at 5.98 pounds.

The biggest bass for the co-anglers was caught by: Brandon Ratledge that weighed 7.13 pounds and he pocketed $160 for his fish.

Slated for June 11, 2017 the next divisional tournament will be held on Kentucky Lake launching out of Paris Landing State Park in Buchannan, TN. At the end of the season, the best anglers from across the nation advance the 2018 Ray Scott Championship.