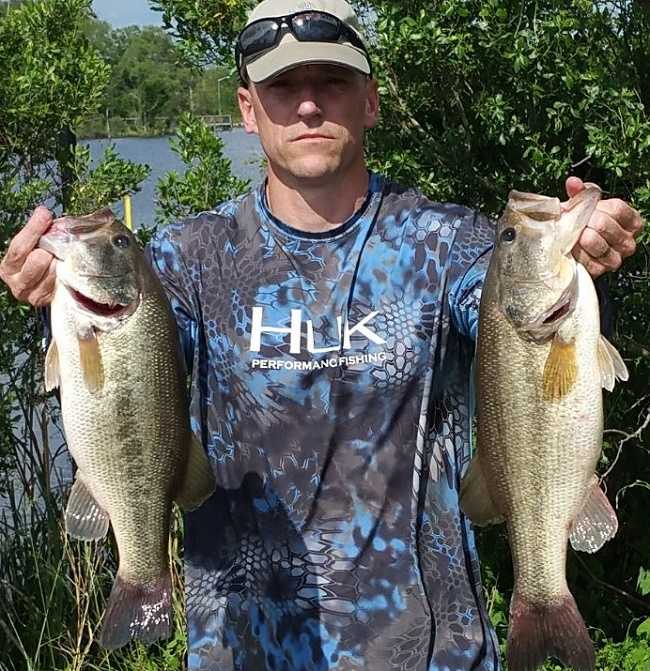 Roger Griffith won the AFT D15 event held on April 22, 2017 ran out of Lawson Creek in New Bern, NC. Roger caught five bass weighing 17.53 pounds. Roger also had the Big Bass of the tournament weighing in at 4.88 pounds. Roger took home a check for $432 for first place and $130 for Big Bass, all totaling $562. Roger caught his fish on a little of bit everything.

In second among the competitors, Jason Theis of Hubert, NC caught five bass weighing 15.70 pounds. Jason pocketed a check for $223 and $84 for 1st place TWT, all totaling $307.

The next divisional tournament will be held 5/6/2017 on Tar River in Washington, NC.