ATHENS, Ala. –  Angler Tracy Robinson of Gadsden, AL dominated the field at the Ray Scott Championship on Old Hickory Lake in Hendersonville, to win the Championship. Robinson held an 8-pound lead over the field the final day and weighed in his third limit weighing 16.04. Tracy amassed a three-day total of 55.49 eclipsing the field by more than 15 pounds.

His day didn’t start well as he lost two big keeper fish. “I almost spun out there for a minute, I started thinking this is one of those days that guys tell horror stories about. I regrouped and got back busy with it and started catching them,” says Robinson. “I caught them on a simple white jig. There was nothing special about it, a white Choo Choo jig. Just a white swim jig with a white craw, it was just as plain as you can get”.

“It’s an unbelievable experience for me. My dad fished a lot of tournaments with Ray Scott. Ray and I were talking about it yesterday, and he gave me a little good luck charm, a patch from a 1965 tournament,” concluded Robinson.

Tracy caught most of his fish on deeper grass. He credited this pattern on visiting the lake this past October when the lake was down. He and his wife Lisa ran the entire lake and idled through every cove marking weigh points where grass was showing in 2-3 feet of water with the lake down. The pattern held throughout the lake as during practice he had what he thinks would have been over 20lb limit. He narrowed down to the spots that were holding the larger fish.

For the win, Tracy takes home $50,000 and new 2017 Triton 21TRX, loaded with a Mercury Marine 250ProXS outboard, MotorGuide Trolling Motor, Garmin, T-H Marine Products all sitting on Carlisle Tires. Tracy will also receive a two-year Ram Truck lease of a Ram Truck that is MSRP up to $50,000.

Second place went to David Hendrick of Cherryville, NC with a three-day total of 39.65. David weighed-in 15.81 on the final day to capture second place. David’s final bag was anchored with a 6.77 big bass.

Bryan New of Belmont, NC took third moving up from seventh place from day two with a 13.44 for a final tournament total of 39.17lbs. He made the decision to run as far up the lake as he could go and said he only had two gallons of fuel when he returned.

In fourth place, boater Matthew Robertson of Kuttawa, KY dropped a spot from day two to fourth place on day three with a three-day total of 38.96. Robertson talked about his quest to get the possible Old Hickory lake record for its largest Kentucky Spotted Bass on certified scales after the day-two weigh-in.

The Co-Angler Champion is Timothy Adams from Powder Springs, GA. He brought to the scales, a solid bag (three fish limit) weighing in at 9.39 lbs for a three day winning total of 19.74 lbs. Adams took home $25,000 and a 2017 Triton 19TRX boat, Mercury Marine 225ProXs outboard Garmin electronics, MotorGuide trolling motor, Carlisle tires, and TH Marine products. Timothy will also receive a two-year Ram Truck lease of a Ram Truck that is MSRP up to $50,000.

“Well I didn’t catch many fish on day 1 or day 2. I needed some of the fish I was throwing back today to make it a little better. A spinner bait was my 5-pounder yesterday, and a spinner bait got my big fish today. This has been an awesome experience, and I’m thankful for everything!”, Adams explained.

Timothy Woods of Midville, GA finished in second place for the Co-Anglers with a 2.47 lbs weight, but carried it with an overall event total weight of 18.55 lbs!

“I tried hard, this is what I’m going to do for a living. This is the first time I fished this trail, and I made it all the way to finish second. I couldn’t be more pleased! I’m going to take that money and buy me a boat when I get home!”, Woods said.

In third place was Christopher Chavis out of Rincon, GA. He brought in a single solid fish today with a weight of 5.06 lbs. His total weight for the event was 17.56 lbs.

“Started at the beginning of the week fishing grass, and the last two days been fishing on wood. Caught that fish today on a Choo Choo Lures jig, barely bit it. All my guys back home, thank you for picking me up and taking care of me,” Chavis explained.

American Bass Anglers commitment is to provide low cost, close to home tournaments for the weekend angler and at the same time offer each competitor an upward path for individual angler progression. For more information about American Bass Anglers and the Ram American Fishing Tour, the Ram Truck Open Series, the Ram 100% Plus Team Tour, or the American Couples Series visit www.americanbassanglers.com. 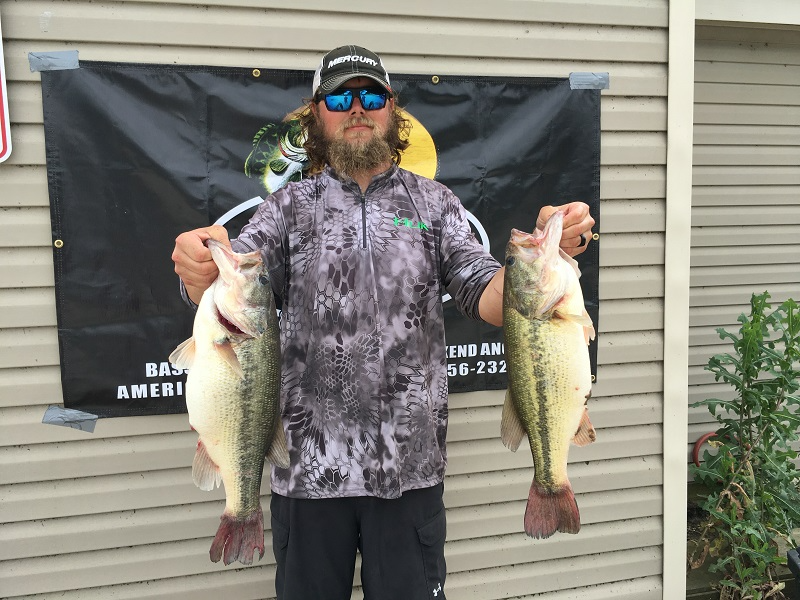 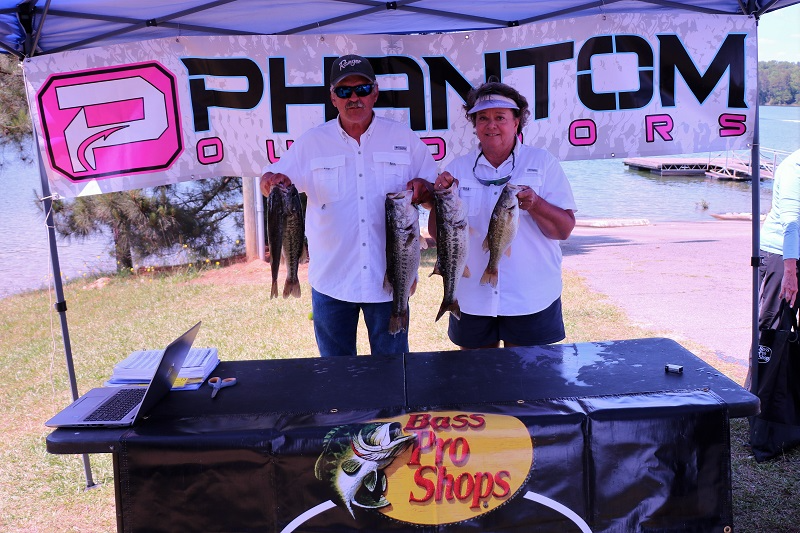 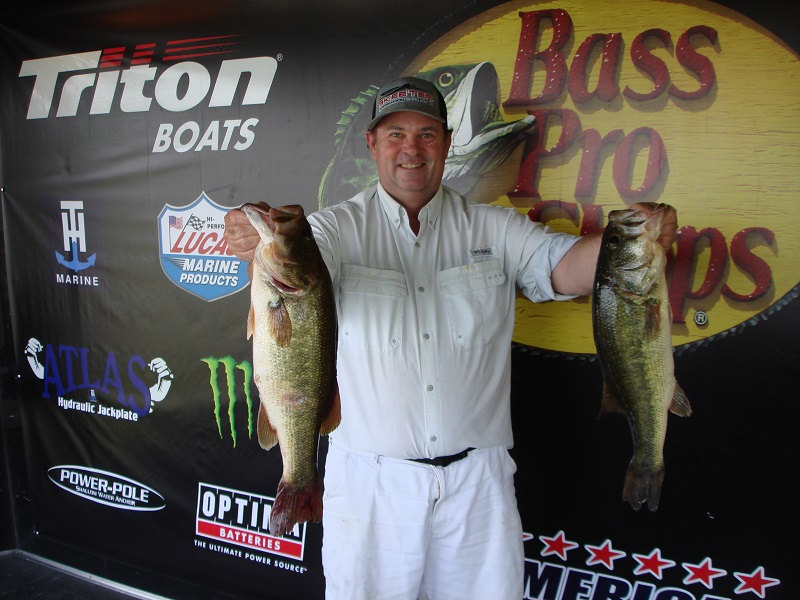