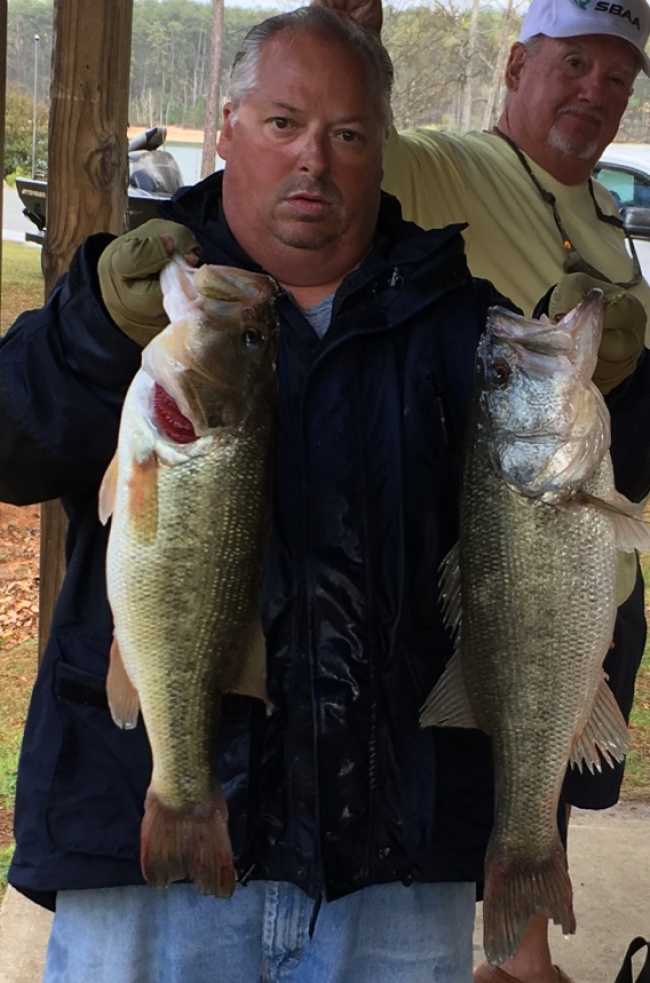 Tony Postell of Appling, George took first place in the AFT D26 event on March 26th held on Clarks Hill. Ton caught 23.21 pounds of bass. Tony was using a ynot plastic trailor on his spinner baits made by Lionel Hollingworth from Grovetown, Georgia. Tony took home $313 for his efforts.

Hunter Ciccio came in second place with five fish weighing 15.43 pounds. He was also fishing the upper part of little river that is part of the lake.

Nine anglers fished this Clark's Hill Lake make-up 1-day qualifying tournament. It started out at 54 degrees and ended with the 4 pm weigh-in at 80 degrees. It was windy and cloud most of the day water was in upper 60's.

Note: I personally fished upper area of the lake it is very danger est on upper end of Little River at the moment due to water level being low. In the last week I personally have seen a pontoon destroyed by hit a tree and also a fisherman thrown from his Bass Boat and he was not wearing life jacket or had kill switched attached. Becareful is all I am saying if you running any of the upper rivers.

The next event scheduled for this division will be held on 4/23/2017 going out of Clark's Hill. for more information on this event or any future events, please contact the local director, William Hooker, at (706)533-7329.