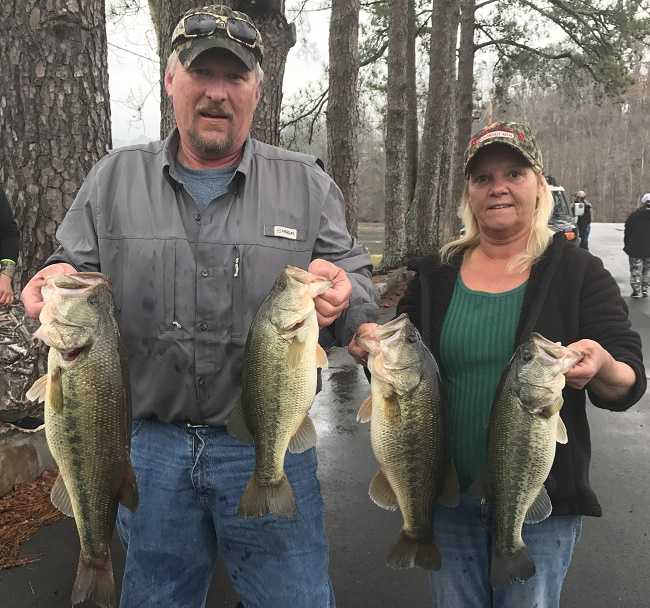 Kayla and Kevin Rhymer of Decatur, Tennessee took second place with a total weight of 11.13 pounds.

Our first event for Tennessee East started out cold and rainy for the couples, with seven teams showing up for the event.

The next event for this division will be held on March 25th and going out of Watts Bar. For more information on this event, or any future events, please contact Kevin Rhymer at (423)883-6505.

All ABA American Couples Series events involve a team format with each team composed of one man and one woman. Contestants between the ages of 14 and 16 years old may participate with a parent’s written permission. The top angling couples from across the nation earn the right to compete in the annual American Bass Anglers Couples Series National Championship event.

American Bass Anglers commitment is to provide low cost, close to home tournaments for the weekend angler and at the same time offer each competitor an upward path for individual angler progression. For more information about American Bass Anglers, the Ram American Fishing Tour, the Ram Weekend Bass Series, the Ram 100% Team Series or the American Couples Series, visit www.americanbassanglers.com or call (256)232-0406.