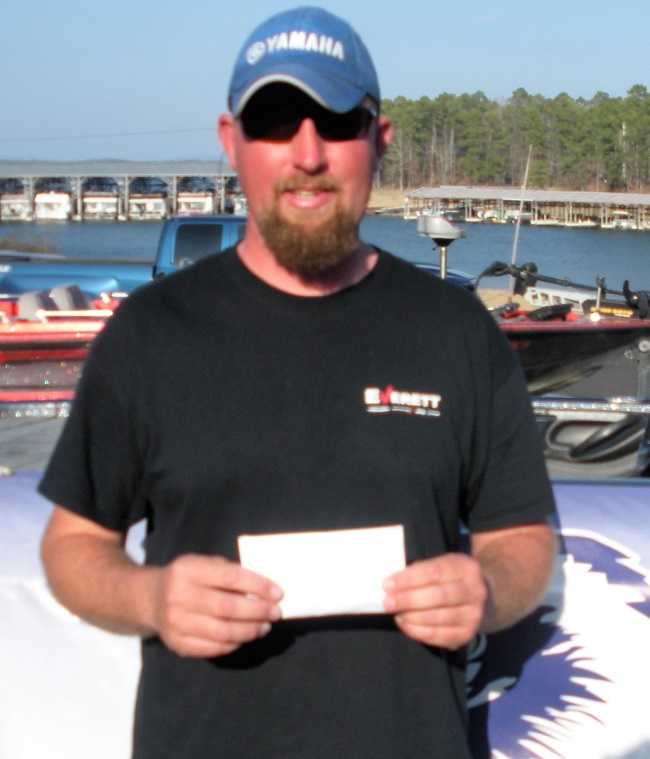 Brian Bean of Hot Springs, Arkansas took the win for the AFT D47 event held on February 11th on Lake Ouachita. Brian topped the field with five fish and a total weight of 16.42 pounds. Brian threw a jig to catch his fish. He also collected $640 for his efforts.

Mark Ellis was a close second. He sacked up five fish for a total weight of 16.22 pounds caught on a Chatterbait.

Rounding out the top three was Spencer Shuffield who threw a crankbait to catch five fish for a total weight of 15.80 pounds.

26 anglers came out on a seasonally warm mid-February day. A recent warming trend pushed the water temperatures from the upper 40’s to the mid to high 50’s getting the fish moving and hungry. Sixteen 5-fish limits were weighed and 94 fish crossed the scales for a total weight of 216.11 pounds.

Big Bass of day weighed 5.16 pounds and was caught by Allen Fullbright.

The next tournament in this division is on Lake Maumelle on 4 March 2017 launching out of the Jolly Roger Marina.