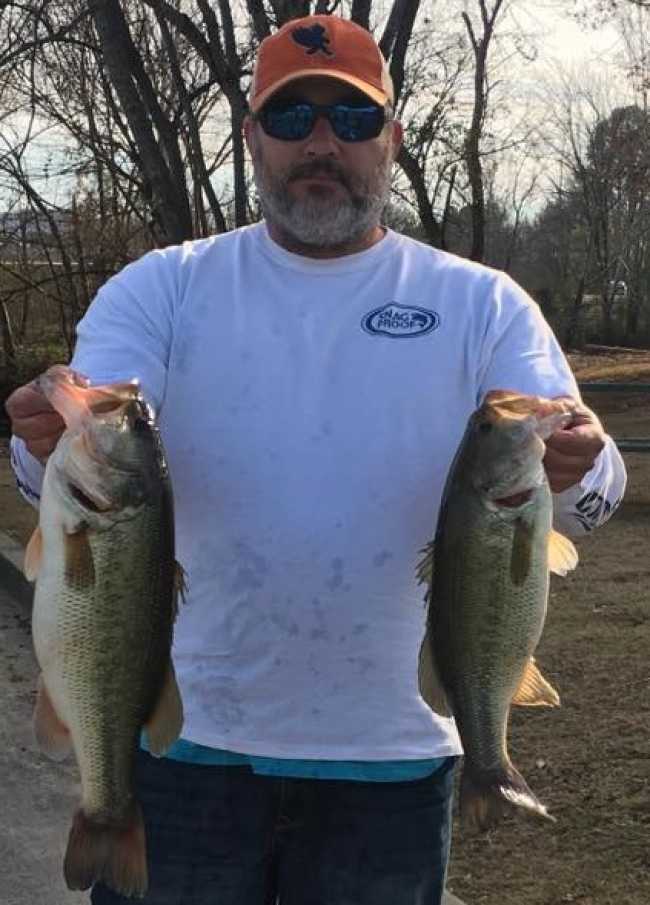 James and Laura Bean of Weaver, Alabama captured the win for this weekends ABA Couples event on Neely Henry held on February 4th. The couple won with a 15.07 pound mixed bag of both Largemouth and Spotted Bass. They made a long run downriver to fish for largemouth early, but couldn`t resist chasing Spots he had found earlier in the week. James also had men`s big bass with a 5.33 largemouth.

Dennis and Marie Edgil (with the help of JoJo) were third with a five bass limit weighing 12.68 pounds along with Lady`s Big Bass of 4.55 pounds.

The next divisional event will be held on March 4, 2017 on Weiss Lake out of Little River Marina. For more information on this or any future event in this division contact Mike Garlen at (256)998-0171.

All ABA American Couples Series events involve a team format with each team composed of one man and one woman. Contestants between the ages of 14 and 16 years old may participate with a parent’s written permission. The top angling couples from across the nation earn the right to compete in the annual American Bass Anglers Couples Series National Championship event.

American Bass Anglers commitment is to provide low cost, close to home tournaments for the weekend angler and at the same time offer each competitor an upward path for individual angler progression. For more information about American Bass Anglers, the Ram American Fishing Tour, the Ram Weekend Bass Series, the Ram 100% Team Series or the American Couples Series, visit www.americanbassanglers.com or call (256)232-0406.