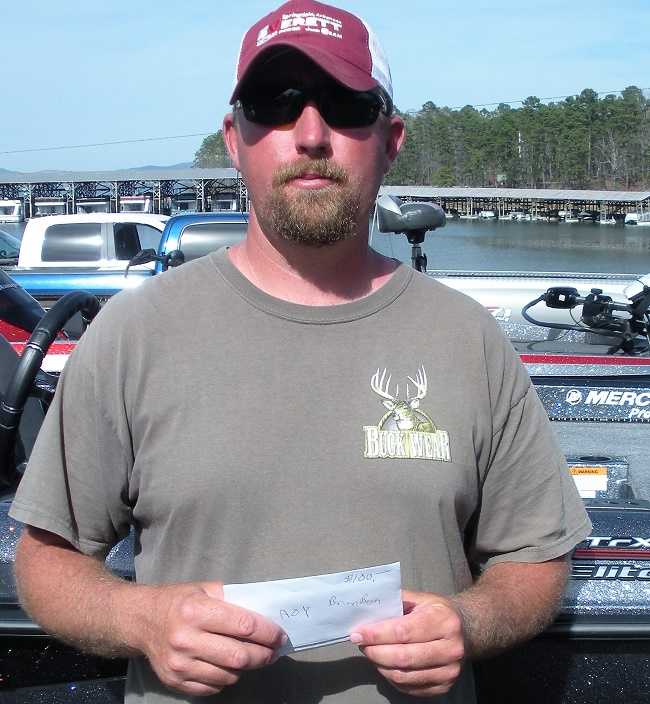 Brian Bean of Hot Springs, Arkansas won the fourth tournament of the AFT D47 2017 season that was held on January 14, 2017 and contested on Lake Hamilton. Brian Bean topped the field with five fish for a total weight of 15.63 pounds. Brian threw a swimbait and spoon to catch his fish. He collected $666 for his efforts.

Ray Neighbors sacked up five fish for a total weight of 15.56 pounds. Ray relied on a crankbait to fill his livewell. Ray also caught the big bass of the day at 5.40 pounds and took home a total of $554.

Spencer Shuffield rounded out the top three with a total weight of 14.95 pounds. Spencer used a crankbait to catch his fish.

29 anglers came out on a dreary day in the hopes of filling their livewells with hungry Hamilton bass. Hamilton was a bit stingy today as only 90 bass, for a total weight of 164.81 pounds, were brought to the scales with only 12 five fish limits being weighed. However, a few anglers found some good fish.

The next tournament in this division is on Lake Ouachita on February 11, 2017 launching out of the Mt. Harbor ramp.

The next tournament in the D42 division is on the Arkansas River/Little Rock Pool April 8, 2017 launching from the Verizon ramp.

For more information on this or any future event in this division contact John Simonof at (501)772.4938 or by email at [email protected]