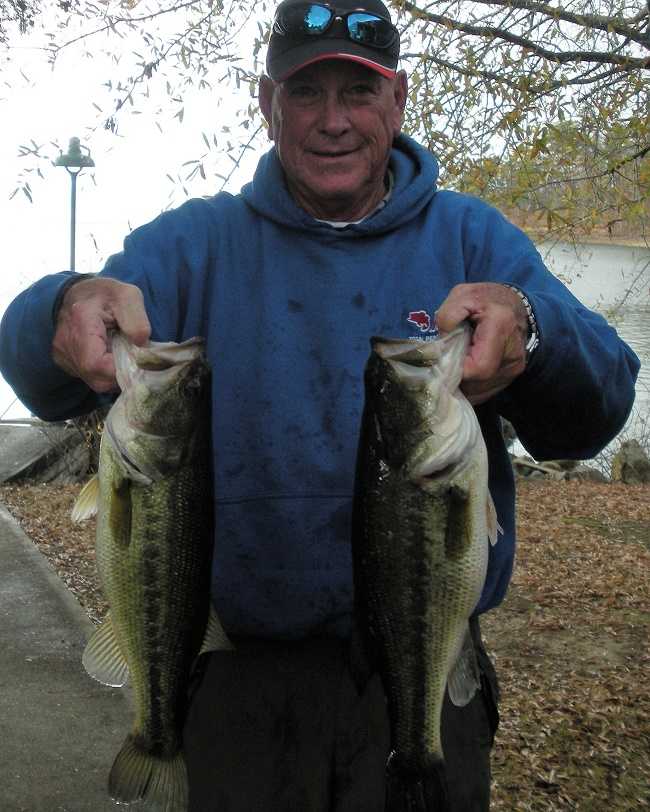 Gary Hubble of Alexander, Arkansas wins the third tournament of the AFT D47 2017 season held on December 17th and contested on Lake Maumelle. Gary topped the field with five fish for a total weight of 14.97 pounds. Gary threw a jerkbait and jig to catch his fish. Gary earned $451 for his efforts.

Coming in second place was Doug Shrum who sacked up five fish for a total weight of 11.69 pounds. Doug also relied on a jerkbait and jig to fill his livewell. Doug took home $254 for second place.

Rounding out the top three was Matthew Hedrick who caught three fish for a total weight of 9.96 pounds, however, his bag was anchored by a 6.20 pound Maumelle Melon. Matthew caught all his fish on jigs.

The next tournament in this division is on Lake Hamilton on January 14, 2017 launching out of the AGFC ramp.

The next tournament in the D42 division is on the Arkansas River/Little Rock Pool April 8, 2017 launching from the Verizon ramp.