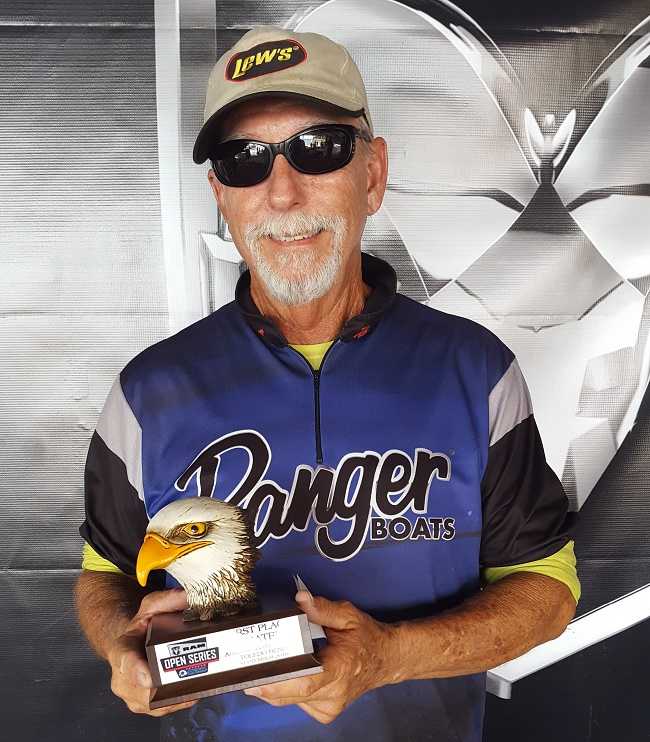 Running out of Cypress Bend Park near Many, Louisiana Glenn caught ten bass weighing 38.88 pounds. For the Boater Division 1st Place victory, Freeman took home a check for $10,000. "I found some fish during practice that held up for me on day 1, but when I went back to them on day 2 I was only able to catch one keeper. Not knowing what to do, I went to some spots that I hadn’t been to in a couple of years and found some fish. I was surprised to see they were there but it turned out to be a great day. I was catching these fish in 20 feet of water on a heavy TX Rig worm. It was a beautiful weekend to be on the water and even sweeter at the end of the day today!" stated Freeman.

In second place on the Boater side, Albert Collins of Nacogdoches, Texas brought in ten solid fish, putting him in the runner-up position with a weight of 38.09 pounds. Collins had a stellar day 2 bringing in 23.47 pounds to put him in contention for the first place finish. He collected $1,400 for the efforts.

Thomas McMillan captured third for the Boaters with ten bass weighing 36.06 pounds with a hammering 23.70 pounds on day 2. He completed the day to earn a check for $1,000. "I didn’t do anything different toady than what I did yesterday. The fish just bit today. I saw a lot more big fish come over the scales today. This may have been different if my fish were hungry on Saturday," stated McMillan.

Coming in fourth was Billy Graves of Montgomery, Louisiana bringing in a limit on both days for a total of 33.66 pounds.

Fifth place award was taken by Dave Mansue of Hemphill, Texas with a total bag weight of 32.99 pounds.

The biggest bass caught on the Boater's side was caught by Jim Furr of Hemphill, Texas who reeled in a 8.65-pound toad. That single catch earned Davis an award check of $600. 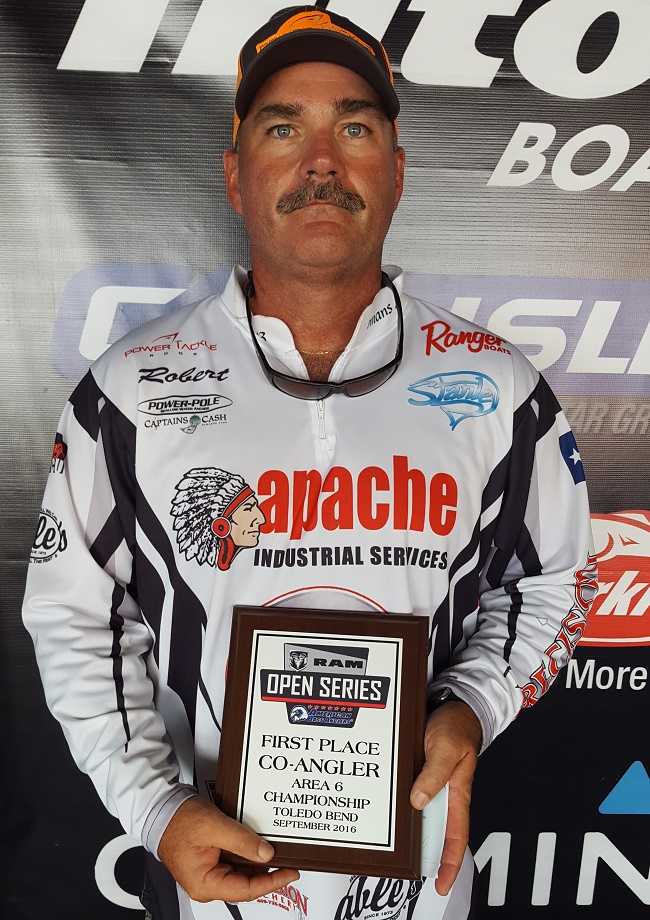 "I fished with Albert Collins on day 1 and never made a cast in water less then 13 feet. Then went out with Jeff Pate today and never made a cast in water over 4 feet deep? Talk about one extreme to the other. I owe them a big thank you. Both of them are great anglers and they put me on the fish and made it a great weekend for me. I really had a lot of fun." stated Royal.

Taking second for the Co-Anglers, Danny Wise of Pineville, Louisiana had a three fish limit on both days for a total weight of 16.27 pounds. He collected $600 for his second place finish. "We went south yesterday fishing deep boating only three keepers, then I went North today and caught them on frogs. I culled a couple times today and fished a good clean tournament." stated Wise.

Randy Keating of Plano, Texas placed third with six bass weighing 15.17 pounds. His catch helped him to earn $500. "I fished deep humps and ledges on both days throwing a Carolina Rig from 5 to 15 feet.  Yesterday I culled three times and twice today. I was throwing a green and orange watermelon Rage Craw and was able to get the bites I needed." stated Keating.

The top 20 Boaters and Co-Anglers from this event will advance to the Ray Scott Championship, slated for Old Hickory Lake in Hendersonville, TN in April of 2017.