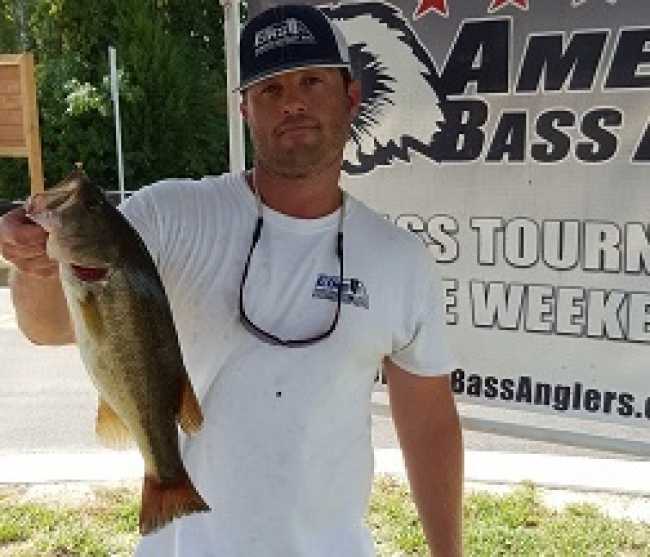 Joseph Skinner of Winterville, North Carolina took first place in the Divisional Championship for D15 on August 27th and 28th held on Tar River. Joseph lead the first day with a weight of 8.44 pounds and came in second on day two with a weight of 9.50 pounds. A total weight of 17.94 pounds over both days. Andrew also had the Big Bass on day one weighing in at 2.54 pounds. He took home a check for $626 for first place, Bass Boat Instant Shine for Capt. Gary’s, $45 for day one Big Bass, $40 for day one TWT, and $80 for overall TWT. All totaling $791. With the win, Joseph become D15 Angler of the Year.

In second among the competitors, Mike Colbert of Newport, North Carolina caught a total of ten bass weighing 17.38 pounds. Mike was in 2nd place after day one with 8.22 pounds, only .22 pounds behind the leader. Day two was better, Mike weighed in 9.16 pounds but fell short of the win by .56 pound. Mike pocketed a check for $256 and Fisherman’s Hand Cleaner for Capt. Gary’s.

Taking third place, Rick West of Nashville, North Carolina caught a total of eight bass weighing 16.37 pounds. Ricky was in 8th place after day one with 5.52 pounds. Ricky finished 1st in day two with 10.85 pounds. Ricky also had Big Bass on day two weighing in at 3.99 pounds. His Big Bass was also the Big Bass of the event. Ricky pocketed a check for $135 for third place, $40 for day two TWT, and received a gift card for $15 from E-Z Bait and Tackle, all totaling $190.

The next divisional tournament will be held on October 8, 2016 on NE Cape Fear River in Castle Hayne, North Carolina. This event is an open event and will count towards the 2017 season. For more information on this or any future event in this division contact Chad Conwell at (252)717-8602 or by email at cconwell@abadivision15.com.

I would like to thank our local sponsors for supporting Division 15 in 2016.
•    Deep Creek Lures
•    Captain Gary’s Marine Care Products
•    E-Z Bait and Tackle