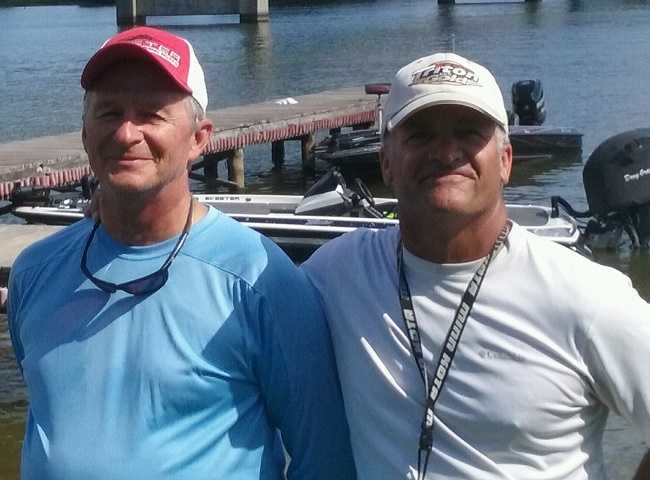 From Division 88, Alabama East/Central  Ken Draskovic from Scottsboro, Alabama is one step closer to the ABA National Championship with a first place win in the AFT event held on Lake Neely Henry in Gadsden, Alabama this past weekend.  This was the first event in D88 counting towards the 2017 season. Ken did not prefish this lake, but applied patterns that worked on his home water to catch 9.67 pounds including one spotted bass. Topwater baits were the key to his success. Ken earned $245 for his efforts.

Big fish winner, Doug Orazine, started his day with a 3.63 pound lunker. Doug started out with a rubber frog and immediately caught his biggest fish. Filling a limit proved difficult, but as usual Doug broke out the heavy equipment and flipped his limit by days’ end.

The Lake had been fishing very tough as evidenced by local wildcats taking very little weight to win.

Conditions: The wind was gusty at times keeping the water a little choppy. Temperatures climbed over 90 degrees.

This division’s next tournament will be September 10, 2016 on Lake Weiss in Cedar Bluff, Alabama going out of Little River Ramp. For more information on this or any future event in this division contact Doug Orazine (256)910-6694.