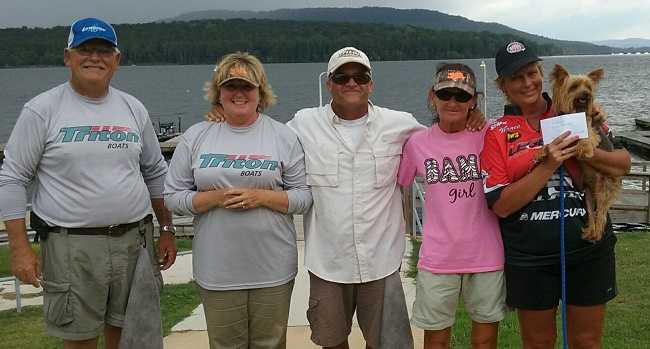 Rounding out the top three was Jon and Valerie Stewart with 12.19 pounds.

There were nine teams in this tournament with only three limits brought to the scales.

Mike and Rhonda proved themselves the top team in the Alabama North for the 2016 season as they also secured AOY.

We will start the competition for the next season all over again next month at Goosepond!

Next Divisional Tournament: This division’s next tournament will be September 17, 2016 at Lake Guntersville. For more information on this or any future event in this division contact the local director, Mike Garlen, at (256)998-0171

All ABA American Couples Series events involve a team format with each team composed of one man and one woman.  Contestants between the ages of 14 and 16 years oldmay participate with a parent’s written permission. The top angling couples from across the nation earn the right to compete in the annual American Bass Anglers Couples Series National Championship Tournament.