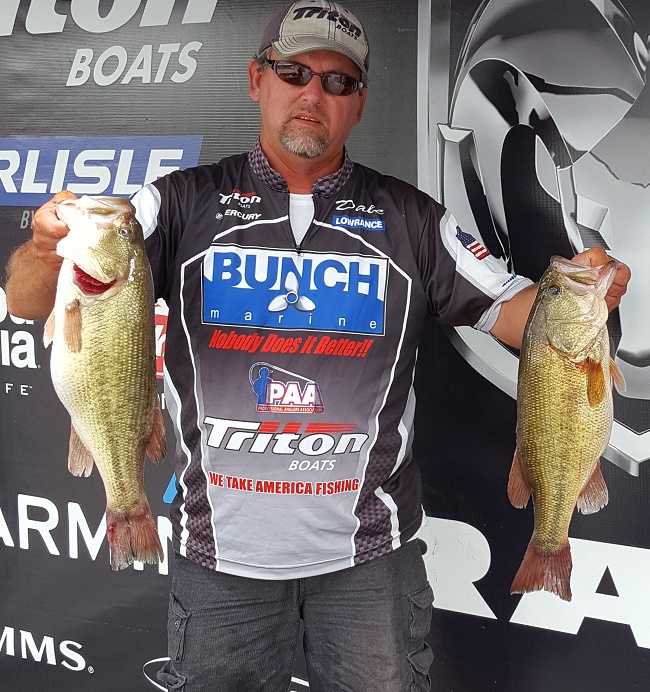 “I caught a few fish today deep on a worm. I was able to catch a 4-pound with about 19 minutes punching grass which helped get me to my winning weight,” stated Pelfrey.

In second for the Boaters, Jeff Knight of Cleveland, Tennessee landed a five-bass tournament limit weighing 19.61 pounds with an 8.50-pound kicker. He collected $1,377 for his effort as well as $380 for the Big Fish of the event and a new Abu Garcia Revo. 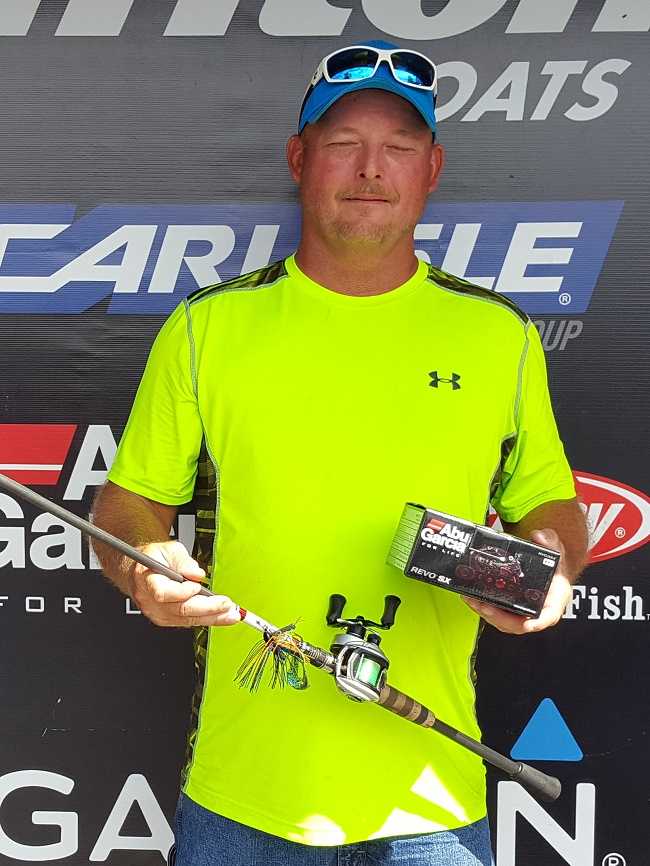 “I used green pumpkin jigs and shackyheads all day to catch my fish. It was a good day, I caught fish all day long. I caught my big fish early today using an Abu Garcia reel."

Jason Yelverton of Rogersville, Alabama took third for the Boaters with five bass weighing 17.73 pounds earning $620. “I was fishing crash in 8-10 feet of water. I caught some using topwater and some using a jig. I caught most of my fish this morning, they were scattered out,” said Yelverton.

In the Co-Angler Division, David Perron of Dayton, Tennessee won with three bass weighing 13.85 pounds. He sealed his victory with a 7.25-pound kicker to pocket a check for $1,350 as well as $185 and is also taking home a Simms Challenger rainsuit. 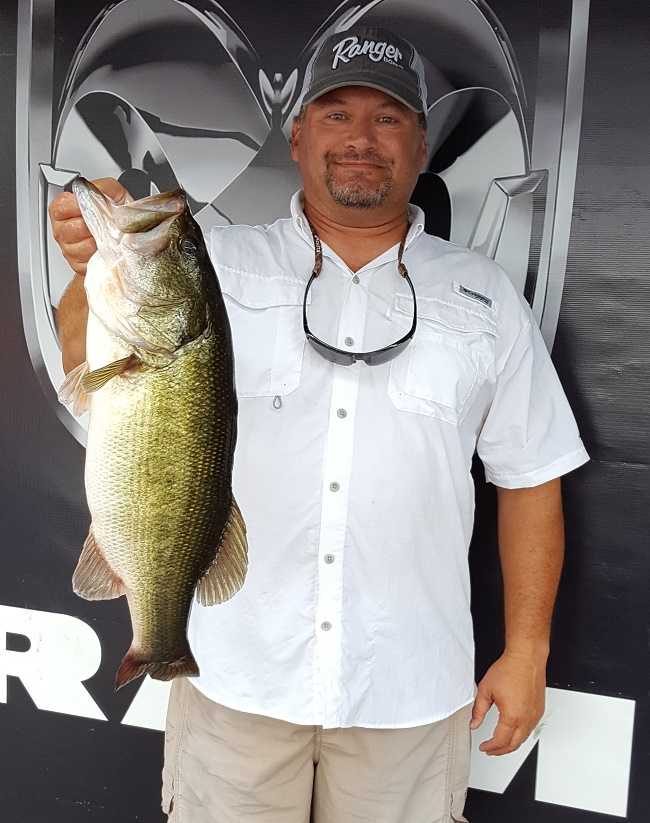 “I probably caught ten keepers all day. I threw a little bit of everything from a chatterbait to a swimbait. I caught the big fish today on a 1.5 squarebill right at the boat,” said Perron.

Taking second for the Co-Anglers, Triston Crowder of Lawrenceburg, Tennessee brought in a three-bass limit weighing 8.54 pounds topped off by a 3.36-pound kicker collecting $465 for the effort. “I caught my fish today using a 3/8 flipping jig targeting wood. It was a grind, I caught a one fish here and one fish there to get my limit,” stated Crowder.

Daniel Crockett placed third among the Co-Anglers with three bass weighing 6.95 pounds to earn $310. “It was a tough day, I didn’t have a keeper in the boat until 2 o’clock. I started flipping an Okeechobee Crawl color beaver into the grass and was able to catch my three keepers,” Crockett said. 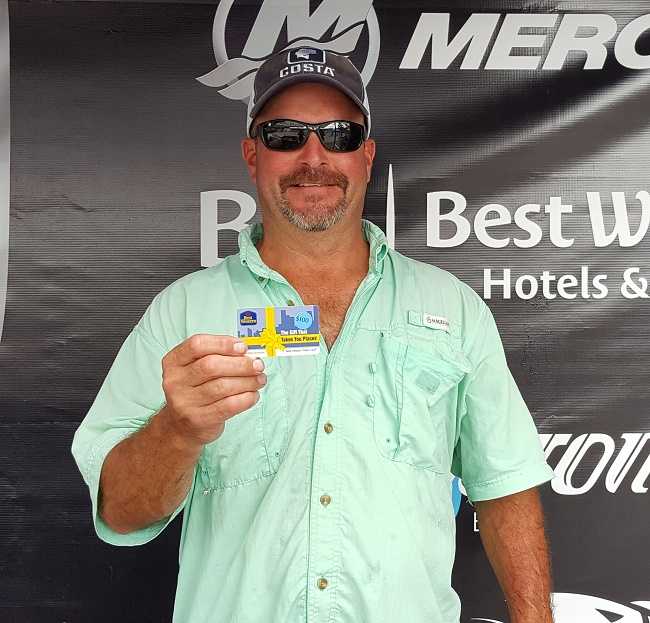 Slated for October 1-2, the next divisional tournament will be held on Lake Guntersville out of Guntersville State Park in Guntersville, Alabama. At the end of the season, the best anglers from across the nation advance the 2017 Ray Scott Championship, slated for Old Hickory Lake in Hendersonville, TN in April of 2017.