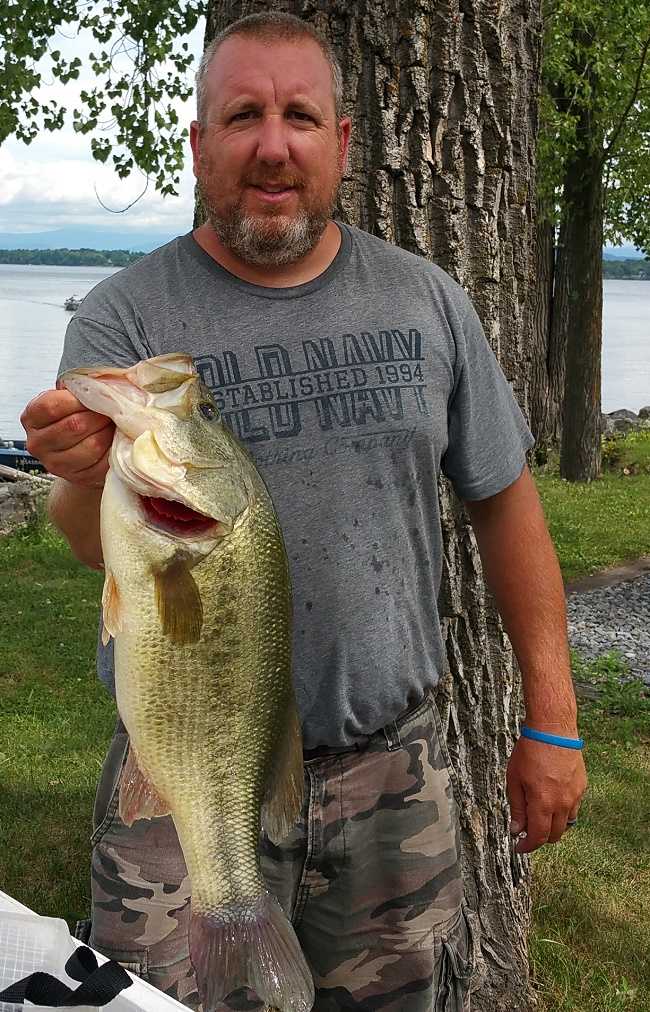 Al Gagliarducci of West Suffield, Connecticut won the AFT D97 2-day Divisional Championship held August 13th and 14th on Lake Champlain in Port Henry, New York. Al decided early on to take the long ride to the Ticonderoga area and it paid off with a 2-day limit of largemouths weighing 32.76 pounds. Big Fish also went to Al for bringing in a 5.62-pound largemouth on Day-2 beating the mark he set on day one when he brought in one weighing 4.74 pounds. For his win, Al took home a check for $752 as well as the title of Division 97 AOY.

Conditions for the tournament varied greatly. The day prior to the tournament was over 90 degrees and sunny with light winds. On day one it decided to rain heavily for most of the day, stopping for short periods and starting back up. Luckily it ended just prior to weigh-in. Day two brought heavy winds making fishing up north difficult to impossible depending on how far north you went but like day one, the wind died down and the sun came out for our weigh-in.

This tournament ended the division 97 tournament year for 2016.  We will be kicking off the 2017 season with earlybird tournaments sometime this fall.