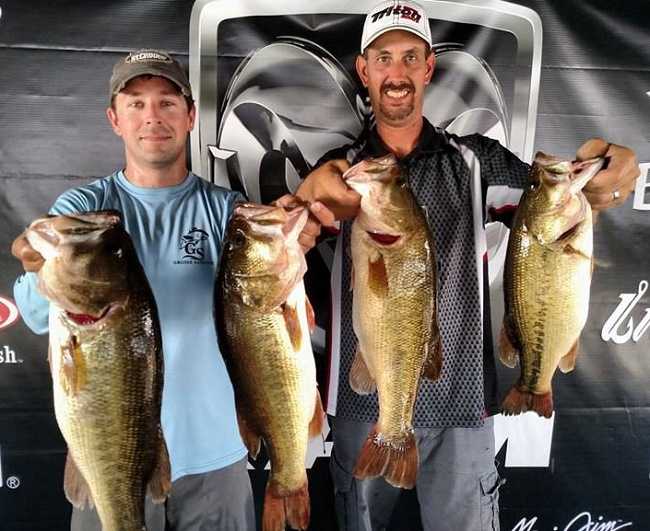 Running out of Fin & Feather Resort near Hemphill, Texas Ryan caught five bass weighing 22.29 pounds. He hammered the competition with his limit bag holding 4 strong kickers. “It may sound funny, but we struggled today,” Pinkston said. “I only had about 5 or 6 bites, maybe 10 total between the two of us. We stayed relatively deep about 10 - 15 feet all day and found them in about 10 different places. We only caught 1 fish per spot, but we did not go that far out on the lake.” For the Boater division victory, Pinkston took home a check for $5,000.

In second for the Boaters, Glen Freeman of Converse, Louisiana landed a five-bass tournament limit going 19.90 pounds. “We stayed deep all day,” Freeman said. “We started deep, fished deep, and caught all our fish that way. We probably had only about 7 bites though. It was a tough day.” He collected $1,302 for the effort.

Logan Sherrer of Karnack, Texas took third for the Boaters with five bass going 19.52 pounds. He anchored his catch with a 8.25-pound kicker. “At 1 o’clock, I only had 5 pounds in the boat, then all of a sudden I caught two big ones,” Sherrer said. “I fished the last few days in practice and only caught five keepers in three days. The only way I was catching them was flipping shallows. Today I caught those two big ones and 5 minutes later my co-angler caught a 4-pounder. We just found a special spot there.”  His efforts earned him $868. Logan also caught Big Bass for the Boaters to earn an additional $560.

Ben Matsubu of Hemphill, Texas rounded out the top five boaters with five bass at 17.32 pounds topped by a 5.04-pound kicker. 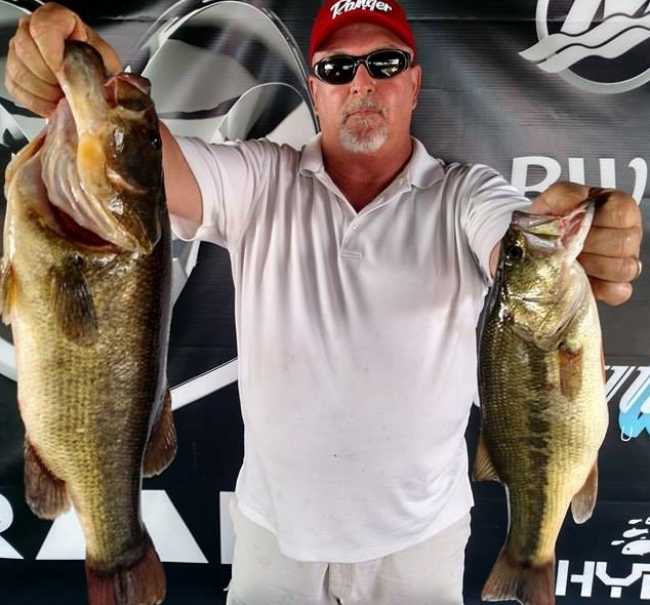 In the Co-Angler Division, Donny Davis of Livingston, Louisiana won with three bass going 12.23 pounds. He sealed his victory with his 8.27-pound kicker. “First off we started chasing schoolies,” Davis said. “Then the bite drug way down and we starting fishing deep. My big bass came up real dark with a solid black back, and I knew I snagged her up from about 10 feet down.”  He pocketed a check for $1,695. 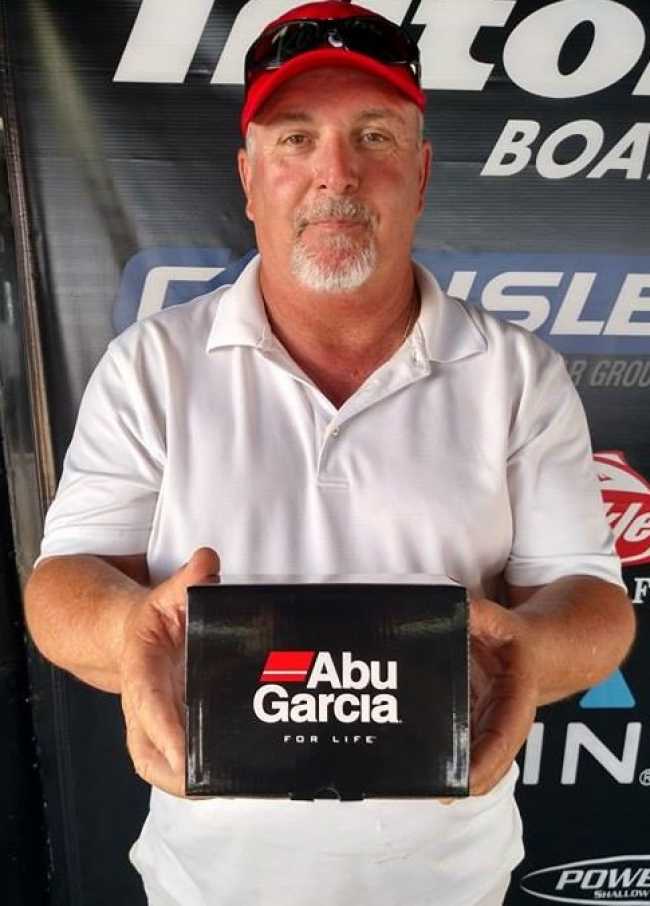 Donny was also the overall big bass winner with his strong kicker of 8.27 lbs that he caught using an Abu Garcia reel. His catch earned him a brand new Revo SX reel from Abu as well as an additional $230 Big Bass check.

Taking second for the Co-Anglers, Brian “B-Dawg” Murphy of Sulphur, Louisiana brought in a three-bass division limit weighing 11.52 pounds. “I caught two fairly early then went a long time without catching anything.” Murphy said. “Then in the last 5 minutes before checking in I caught a little 4-pounder that gave me the extra weight to get me here.” He collected $563 for the effort.

Buck Hux of New Braunfels, Texas placed third on the Co-Anglers side of the house with three bass going 9.32 pounds. He anchored his catch with a 4.28-pound kicker. “It was an afternoon bite,” Hux said. “I caught them flipping a jig, and as the day progressed the bite kept stringing on. I just wish I had that extra bite for a few more ounces. I culled 4 fish today, and this is what I came back with. It was a great day, though.” He earned $375 for the efforts.

In fourth place among the Co-Anglers, new ABA angler Harley Wilson of Beckville, Texas brought in three bass for 8.97 pounds.

Slated for September 24th & 25th, the next tournament for this division is the 2-Day Area Championship, which will be held on Toledo Bend Reservoir out of Cypress Bend Park near Many, LA. At the end of the season, the best anglers from across the nation advance to the 2017 Ray Scott Championship, slated for Old Hickory Lake in Hendersonville, TN in April of 2017.