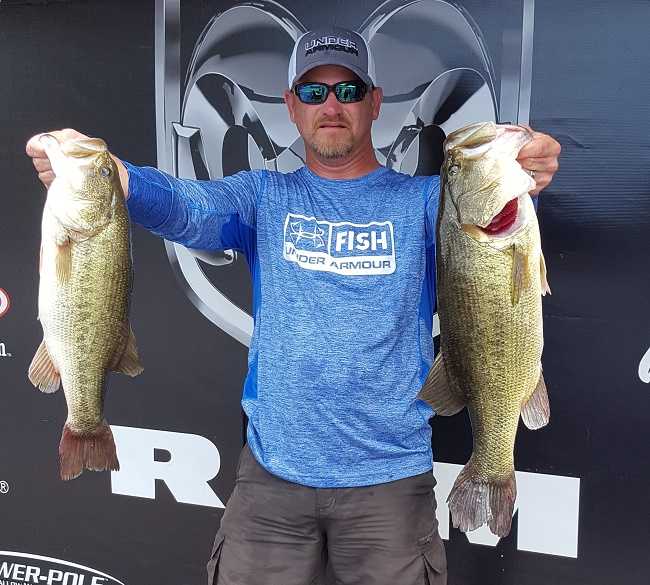 Norm Attaway of Clearwater, South Carolina won the American Bass Anglers Ram Truck Open Series on Lake Chickamauga. Running out of Dayton Boat Dock and Grill in Dayton, Tennessee, Attaway caught five bass weighing 23.71 pounds with an 8.57 pound kicker. Attaway took home $5,000 for his efforts today as well as a $500 from Mercury Marine. Attaway also took $350 for catching the big bass on the boater side as well as a new Abu Garcia Revo XS for catching the biggest fish of the event while using an ABU Garcia reel.

“All of my fish came out of hydrilla in about 7-8 feet of water. I used an Abu Garcia reel with a jig and a Senko all day. I caught fish all and my biggest fish of my bag came in the middle of the day,” Attaway stated.

In second for the Boaters was Greg Shaver of Dayton, Tennessee. He landed a five-bass tournament limit weighing 18.75 pounds taking home $930 for his effort. “I caught most of my fish using a DD22 Crankbait and Zoom Ol’ Monster Worm. I caught all of my fish first thing in the morning anywhere from 6-12 feet of water. Once the cloud cover came out I didn’t get another bite,” said Shaver.

Greg Lamb of Birchwood, Tennessee took third for the Boaters with five bass weighing 18.38 pounds to earn $620. “I caught most of my fish today using a swimbait in about 8-9 foot of water. I had a limit within the first 30 minutes of fishing. I stuck with throwing a swimbait all day in the grass and was able to cull a few times,” stated Lamb.

Finishing fourth was Jack Dunaway of Kingston, Tennessee. He landed a five-bass limit weighing 17.99 pounds including a 5.45-pound kicker.

On the Co-Angler side, Roy Yother of Red Bank, Tennessee won with three bass weighing 12.48 pounds. He sealed his victory with a 4.79-pound kicker to pocket a check for $1,215. 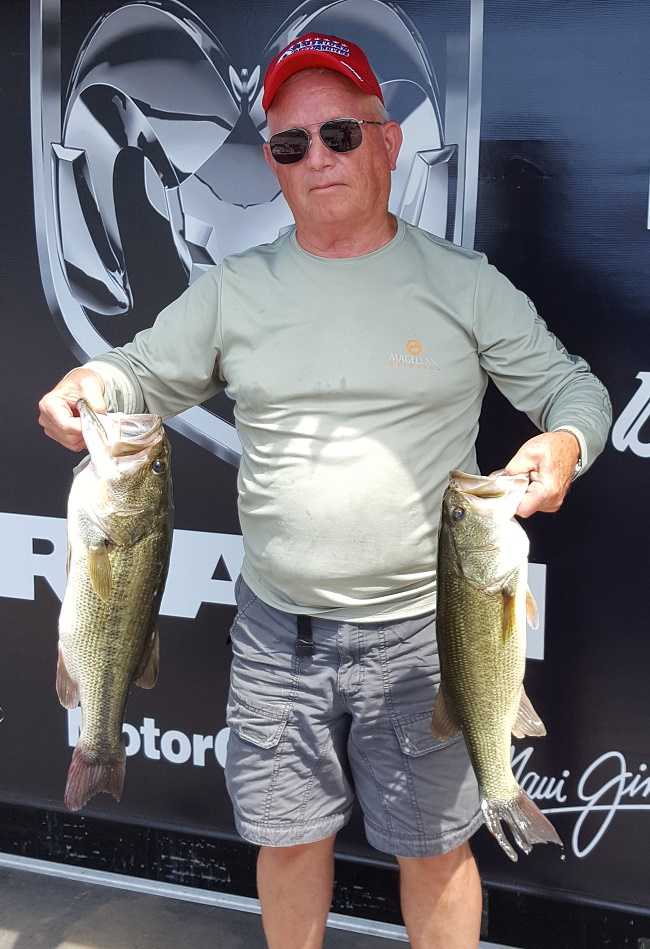 “We caught all our fish shallow today. I was using a white jig and a chatterbait in the grass. I culled two or three times today and I caught fish all day long, I had an awesome boater and it was a great day,” Yother stated.

Taking second for the Co-Anglers, Ray Stiffler of Soddy Daisy, Tennessee. He brought in three-bass weighing 11.89 pounds. He collected $425 for his effort. “I caught all of my fish using a drop shot. I had a bait the Net Baits just came out with on it. We fished anywhere form 6-18 foot of water in and out of the grass. I was able to catch fish all day long and was able to cull a few times,” said Stiffler.

Jimmy Koralewski of Smyrna, Tennessee placed third among the Co-Anglers with three bass weighing 11.03 pounds to earn $283. “I only caught four fish all day today. The three I weighed in came on a Carolina Rig with a Green Pumpkin Brush Hog. I caught them around midday,” Koralewski stated.

Monty Escue of Murfreesboro, TN took home Co-Angler big bass weighing in at 6.78 pounds. He made $170 for his effort.

Slated for August 20, 2016, the next divisional tournament will be held on Lake Chickamauga out of Dayton Boat Dock in Dayton, TN. At the end of the season, the best anglers from across the nation advance the 2017 Ray Scott Championship, slated for Old Hickory Lake in Hendersonville, TN in April of 2017.