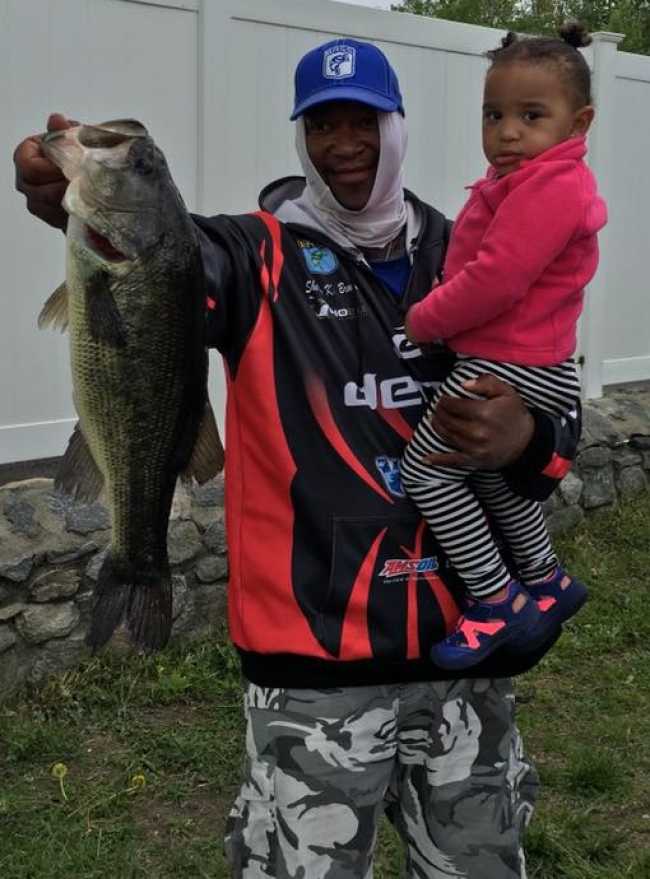 Sheron Brown of Leominster, MA won the Division 97 tournament held May 22, 2016, on Webster Lake in Webster, MA with a total weight of 16.02 pounds. Sheron caught his limit early and upgraded throughout the day. His catch included the big fish of the day, a 5.04 pound largemouth.

The spawn was on and while most fish were caught off the beds, many of the prespawn fish and post spawn smallmouths were also caught.

A few drops of rain came down but the day but mostly pleasant.  Water temps were mid to upper 60’s and a slight breeze started about mid-day.

Special thanks to Ralph D’Arco of RadFish lures for again sponsoring Division-97.  He’s managed to create baits that anglers want and have been proven to catch the fish needed.
Team RadFish was represented by Dwight Dion who finished just out of the money but again moved up in the AOY standings, as well as Sean Lloyd who finished 8th.

These anglers accrued valuable points toward the divisional angler of the year title. The points champion from each division will compete in the annual American Bass Anglers AFT National Championship on Lake Eufaula in Eufaula, AL.

The next divisional tournament will be held 6/26/2016 on Stockbridge Bowl out of State Ramp.