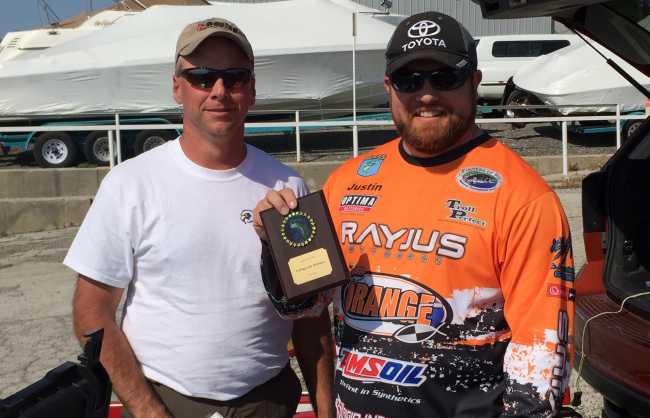 Justin Romines crushed the field of the Ram American Fishing Tour Division 39 event held May 22nd on Cal Sag/Lake Michigan with a weight of 15.45 pounds giving him a per fish average of 3.09 pounds, which alone would have beat half the field. What a nice way to start your ABA membership.

Second place went to Al Janecko of Monee. Al weighed in over 10 pounds of large mouth in a tournament dominated by small mouth. Al stuck to his plan all day and capitalized on it.

Our next event is on Lake Vermillion, June 12th. The turn outs have been great this year guys - thank you and let’s keep it going!