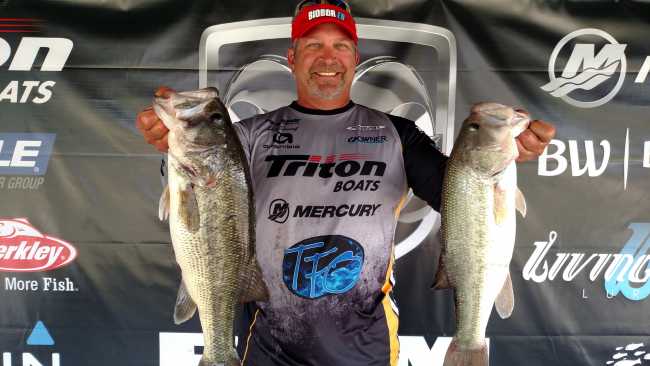 John Simonof of Jacksonville, AR won the Oklahoma Division Ram Truck Open Series event at Lake Eufaula on May 14, 2016 with 21.50 pounds.  John also won the Lake Eufaula event in 2015.  “Lake Eufaula has been good to me over the past few years,” said Simonof.  “I went through nine keepers on the day fishing a Strike King 2.5 squarebill with Owner Precision Point Placement Treble Hooks fished on a 7’ 3” Temple Fork Outfitters medium light rod, Lew’s Speed Spool and #12 Hi-Seas Quattro Fluorocarbon line and a homemade 3/8 ounce bladed jig poured on an Owner Jig Hook fished on a 7’ 3” Temple Fork Outfitters heavy action rod, Lew’s Speed Spool, and #20 Hi-Seas Quattro fluorocarbon line.”  “I rotated through three chunk rock areas that had an abundance of shad.”  John indicated he had a decent limit by mid-morning and made three big upgrades after the sun came out in the afternoon by concentrating on the shady sides of deeper rocks. John won $5000 for his first place finish.

Kirk C. Smith of Edmond, OK finished in second place with 17.73 pounds winning $1279. “I was throwing crankbaits in about 6-8 feet of water. I just covered a lot of water,” said Smith.

Steve Perkins of Velma, OK had the boater Big Bass of the day at Lake Eufaula with a 6.20 pound largemouth. Perkins earned a check for $1029 for sixth place and the Big Bass Pot. 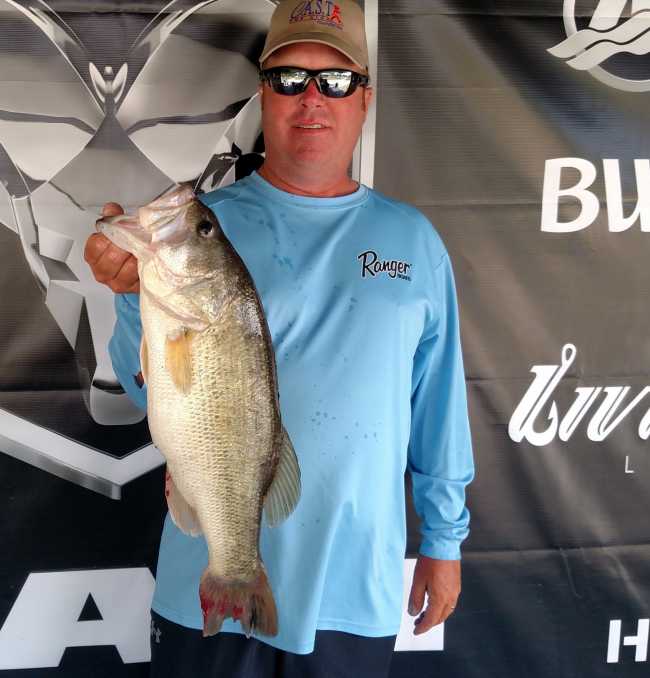 There were 59 boaters registered for this Ram Truck Open Series event.

Ian Isaacs of Moore, OK was the co-angler champion of the Ram Truck Open Series event held on May 14, 2016 at Lake Eufaula. Isaacs brought in 9.37 pounds to the scales to win $1525. “We had a rough ride out of here, heading north. We had a long run, but as soon as we got there, we got on the fish. I caught everything on a spinnerbait shallow,” said Isaacs. 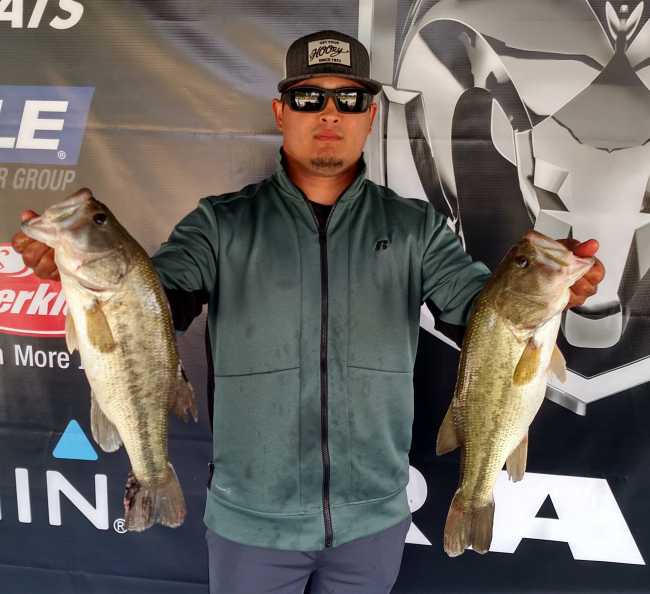 John Paul Thomas Jr. of Hulbert, OK finished in second place on the co-angler side with 9.07 pounds to win $515. “It started out tough. We just kept at it and found a few fish a little deeper than anticipated. As the day moved forward, the fish moved a little shallower. We mainly used jigs today,” said Thomas.

Shane Cashman of Henryetta, OK brought in 8.20 pounds to finish in third place and win $344.

There were 42 co-angler entries for this Ram Truck Open Series event.

For more info on the Oklahoma division of the Ram Truck Open Series visit www.ramopenseries.com or call ABA tournament manager, Chris Wayand, at (256) 230-5627. The next Oklahoma event is on July 16, 2016 at Lake Tenkiller.