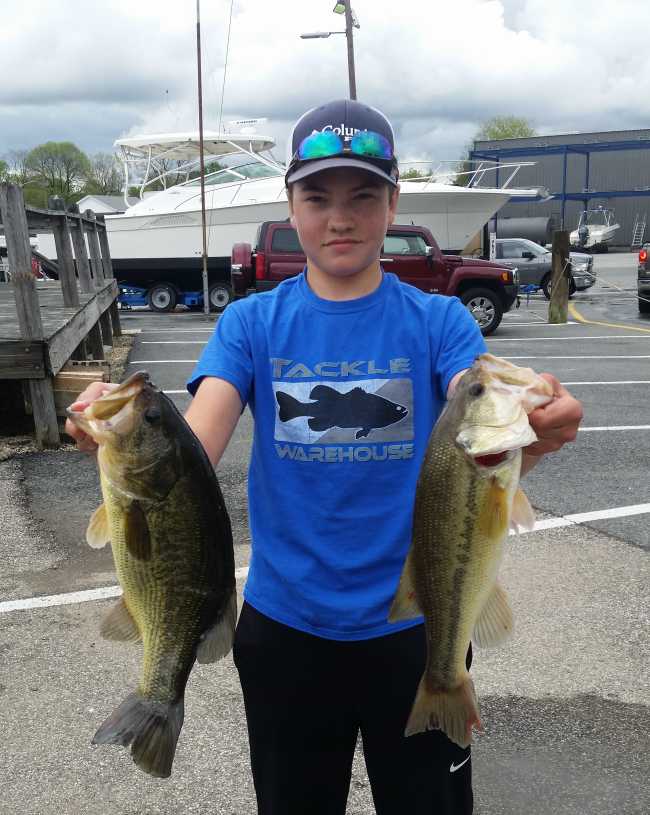 In only his second tournament, 15 year old Matt Weber from Sykesville, MD bested the field of veteran boaters and non-boaters alike to win the Division 9 Ram American Fishing Tour event on the North East River. Running out of Anchor marina in MD, he caught two bass weighing 6.91 pounds. "Matt is a fine well-mannered young man, and an avid fisherman. It was a pleasure to fish with him all day." said boater Den Budzitowski. After the first hour of fishing with no bites, it was obvious to Matt he had to make a change. Showing incite way beyond his years he shifted to a very small finesse bait that made all the difference.

The Big Bass award went to Joe Ciamaichela Jr with a 4.51 pound largemouth. 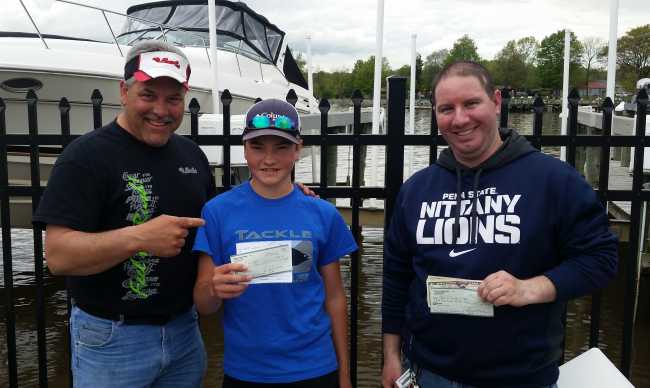 Many thanks to our local sponsor Underdog Tackle. Alan donated an awesome array of baits, thank you so much!!!! Visit his store at 3646 Pottsville Pike, Reading, PA 19605. or online at www.fishud.com