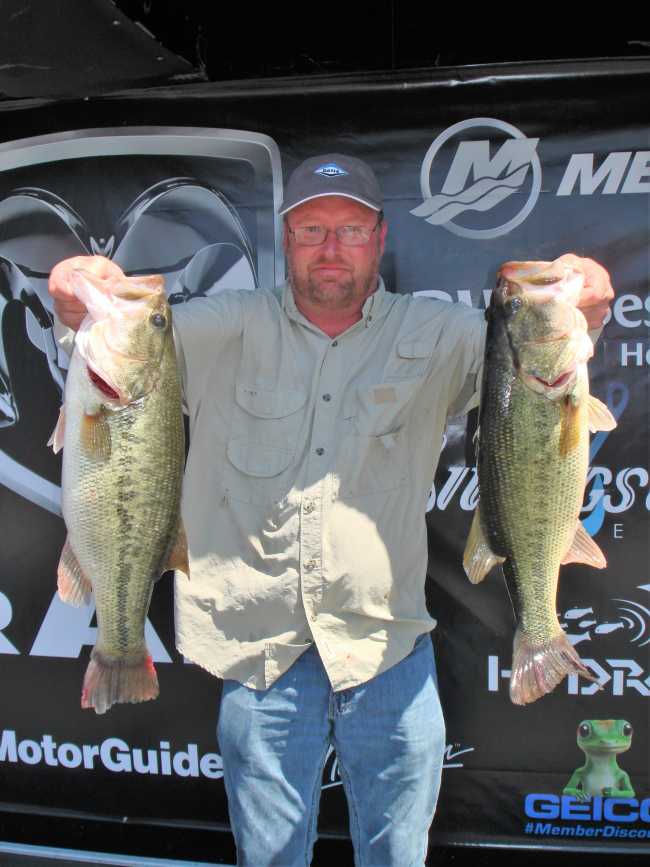 Tim Wyatt of Crossville, TN won the Tennessee East division Ram Truck Open Series event at Lake Chickamauga on May 7, 2016. Wyatt weighed in a 24.57 pound limit to win $5000. “I fished down on the lower end all day and only fished about five spots. Most of my bigger ones came from one spot. I was using a jig in 18-20 feet of water,” said Wyatt.

Brian Hatfield of Spring City, TN finished in second place with 21.73 pounds winning $930. “We were in an area down south and I think there was a pretty good shad spawn there this morning. We were fishing shell bars,” said Hatfield.

Greg D. Lamb of Birchwood, TN finished in third place with a total of 21.08 pounds to win $620. “I fished down on the lower end, mostly 18-20 feet deep fishing channel bends and ditches. I lost one good one today, but if you only lose one a day, that’s not too bad,” said Lamb.

Norm Attaway of Clearwater SC brought in a 9.95 pound Chickamauga giant for Big Bass and won $350 from the Big Bass Pot. Attaway used an Abu Garcia reel to catch his Big Bass and was awarded a new Abu Garcia Revo SX reel valued at $159.99 through the Abu Garcia Revo Big Bass Bonus program. “I found her on the bed yesterday and she was still there today. I caught her on a drop shot. It was down near the dam where I found her,” said Attaway. 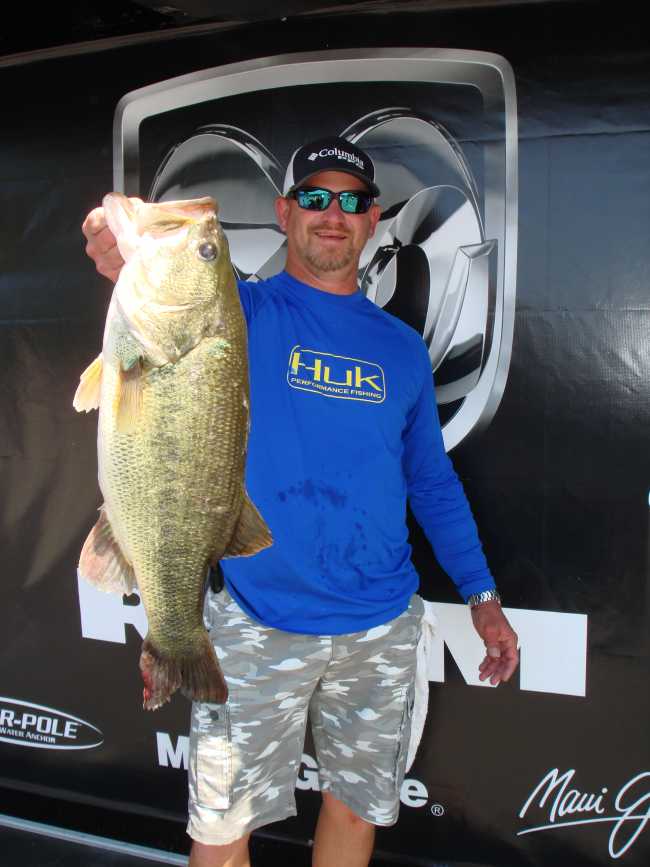 There were 35 boaters registered for this Ram Truck Open Series event.

Michael W. McLaurin of Chickamuaga, GA was the co-angler champion of the Ram Truck Open Series event held on May 7, 2016 at the Lake Chickamauga. McLaurin weighed in 18.60 pounds to win $1295. “I started throwing a swimbait this morning and caught two of them early. My third one came about 12:30. Luckily, my boater wasn’t throwing a swimbait, so that left me with some fish to catch. I was using a six inch Scottsboro Tackle Company swimbait. I had a great partner and he put us on some great fish,” said McLaurin. 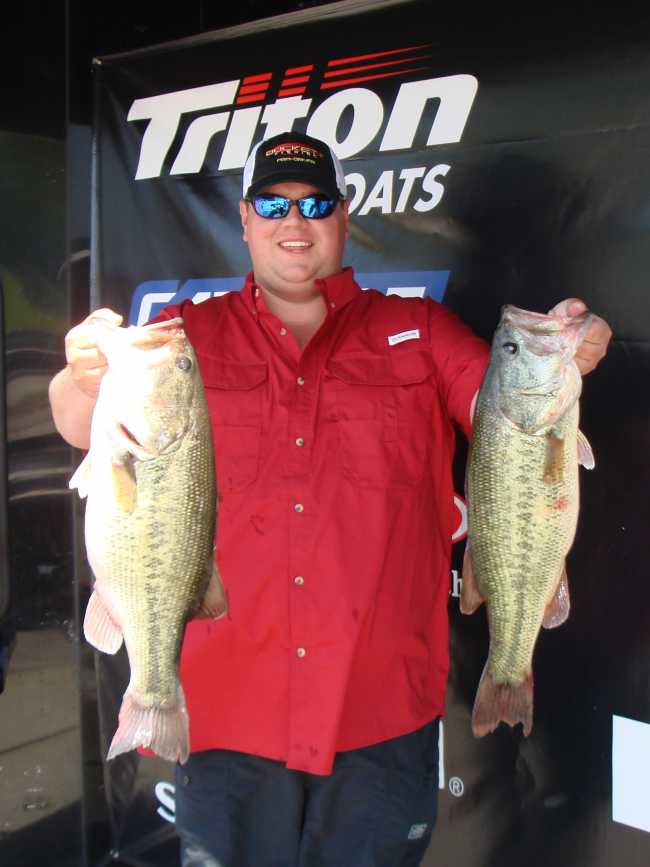 John Wilkerson of Nashville, TN finished in second place on the co-angler side with 16.44 pounds and he had the co-angler Big Bass, a 9.00 pounder, to win $609. “We targeted deep ledges in around 19-20 feet of water. My boater was throwing moving baits, so I picked up a jig and a big worm. That’s when I started catching my fish. I caught the big fish on a 10 inch worm,” said Wilkerson. 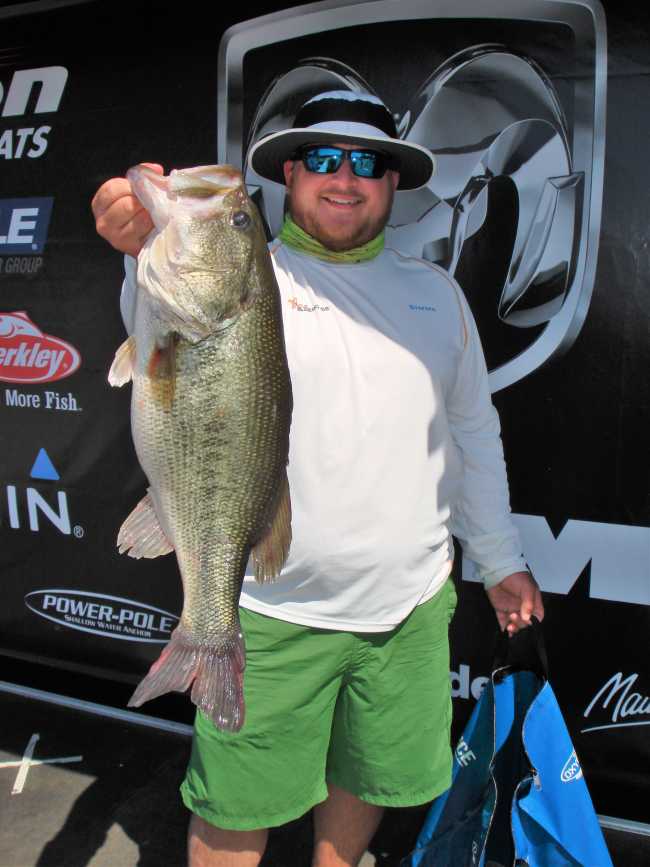 There were 33 co-angler entries for this Ram Truck Open Series event.

For more info on the Tennesee East division of the Ram Truck Open Series visit www.ramopenseries.com call ABA tournament manager, Kristin Malott, at (256) 771-3709. The next Tennessee East event is on July 16, 2016 at Lake Chickamauga.