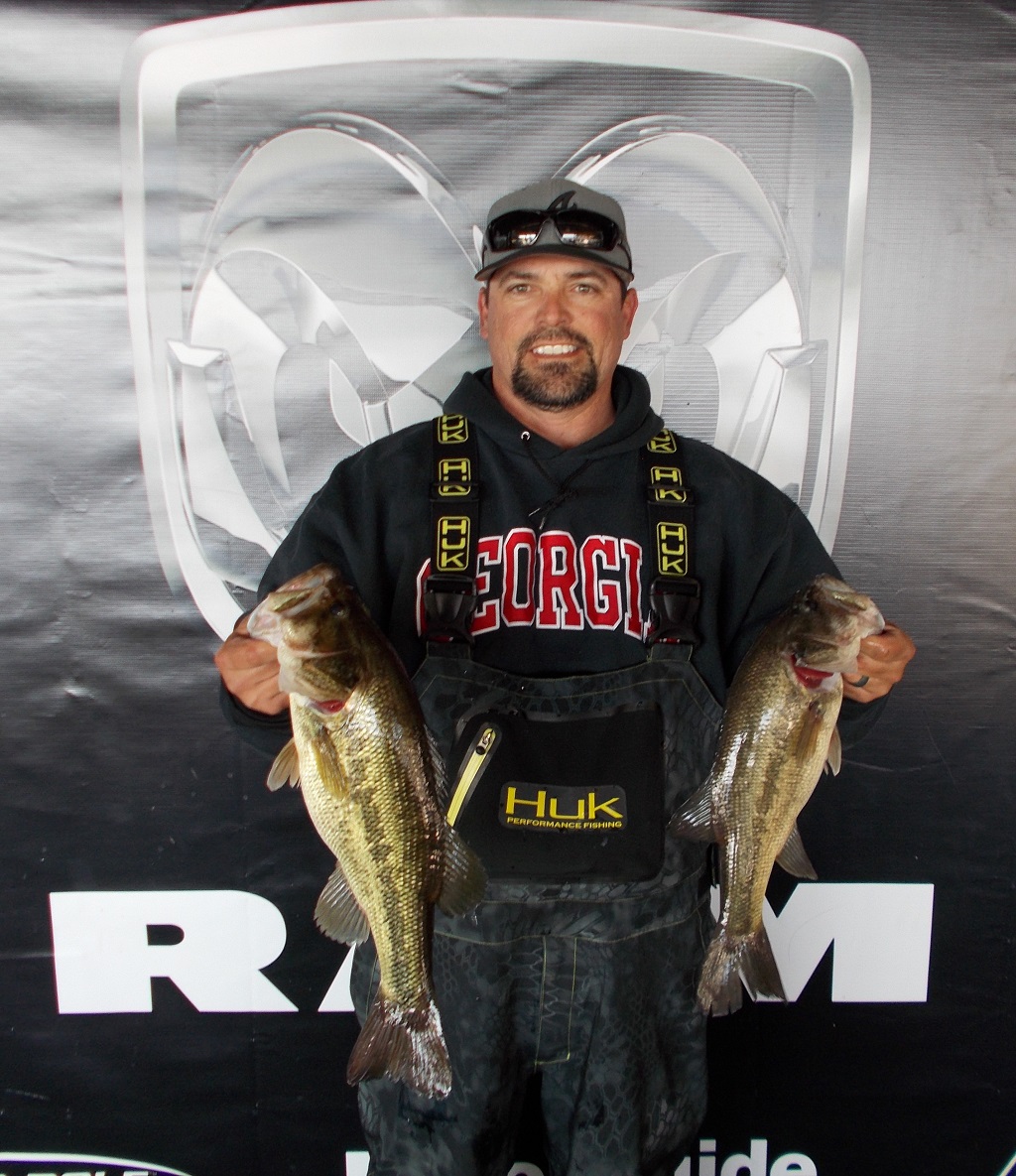 Eddy Gilder of Sulphur, LA was the co-angler champion of the Ram Truck Open Series event held on February 27, 2016 at Toledo bend. Gilder’s 8.72 pound win was worth $1800. “We were way up on the north end of the lake and stayed up there all day. We pretty much only fished two spots and targeted cypress trees in about three feet of water the entire day. I caught my first keeper on a Chatterbait, the second keeper on a Sweet Beaver, and the third keeper on a wacky rigged Senko. The third keeper was my biggest. I had four bites all day. My boater had a pretty good day catching 10-12 fish, but one of them stands out to me. He set the hook on one flipping a jig and it broke off. Not thinking she would bite again, I pitched my Chatterbait up to the tree and she bit. I got her in the boat and his jig was still stuck in her jaw. I apologized to him for catching it and he said it was fine, but wanted his jig back,” said Gilder.

Michael Cooley of Woodville, TX had the day’s Co-angler Big Bass, weighing in at 4.36 pounds, to win $245 from the Big Bass Pot.

There were 50 co-angler entries for this Ram Truck Open Series event.