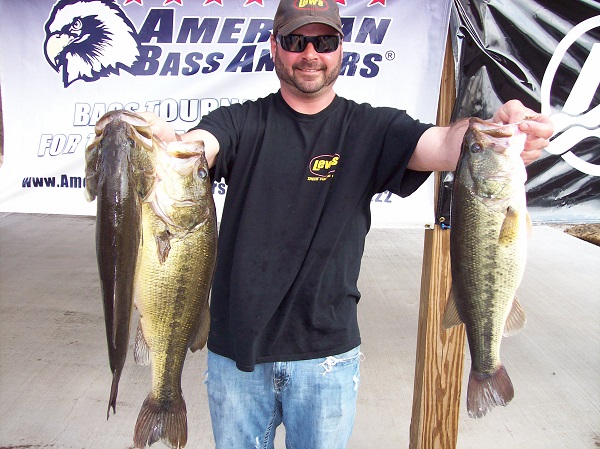 When the stars align, great things happen. The week before the Ram American Fishing Tour Tournament on February 20th at Bone Creek Lake the weather was perfect. An unusual warming trend sent temperatures into the 70’s raising the water temperature five degrees. The fish and fishermen were both feeling good and the results showed it. Scott Tassi of Arma, KS brought a five fish limit to the scales weighing 20.77 pounds. Anchored with a big fish of 5.36 pounds, Scott was sure his lunker would win big fish of the day.

Then it happened, Independence KS Angler, Bryan Fahler, brought his fish to the scales and stole the show. Bryan’s big fish bowed the scales at 8.09 pounds snatching the big fish honors for the day. Several officials from other tournament trails were present for this record setting catch. Fahler’s fish is being regarded as the largest ever weighed during a tournament on Bone Creek Lake. Bryan was one fish short of a five fish limit but his 18.50 pound total was enough to land him in second place for the day. 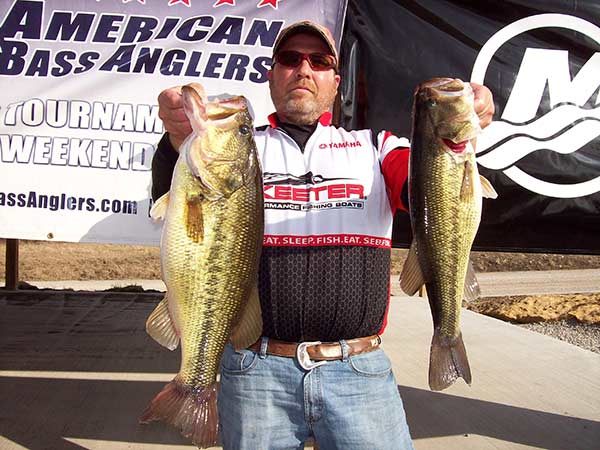 The anglers all shared what was working for them and it was all over the board. Each angler found something different that enabled them to be successful from spinnerbaits to suspending jerkbaits to underspins and crankbaits.

Next Divisional Tournament: This division’s next tournament will be March 26th on Big Hill. For more information on this or any future event in this division contact Eric Craft at (620) 433-1780, or visit the local divisional page at www.centralmidwestbass.com