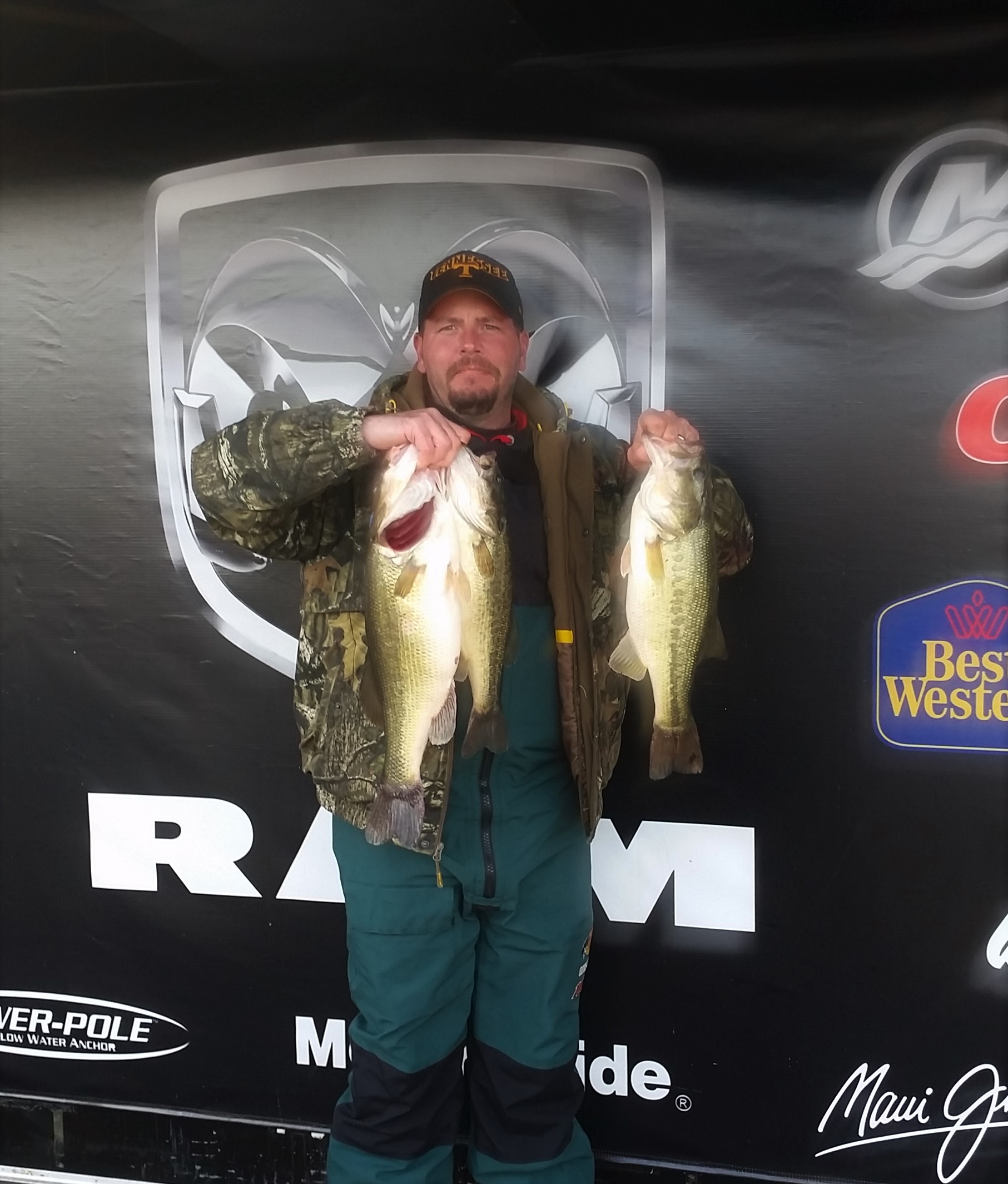 Joseph Yocum of Knoxville, TN was the co-angler champion of the Ram Truck Open Series event held on February 6, 2016 at Lake Guntersville. Yocum’s 12.61 pound limit was worth $1565. “I caught my fish using a brown jig. I caught fish all day and had to cull a few times,” said Yocum.

Brennon Binkley of Franklin, TN finished in second place on the co-angler side with 11.32 pounds to win $528. “I caught my fish on a red Rat-L-Trap. I never put the bait down. I had to cull a few times and caught fish throughout the day,” said Binkley.

Roderick Green of Hulbert, OK brought in 10.06 pounds to finish in third place and win $351. Green also had the 5.78 pound Co-angler Big Bass to win $180 from the Big Bass Pot. “I used a rattling bait in chartreuse color. I caught my fish in shallow water all day,” said Green. 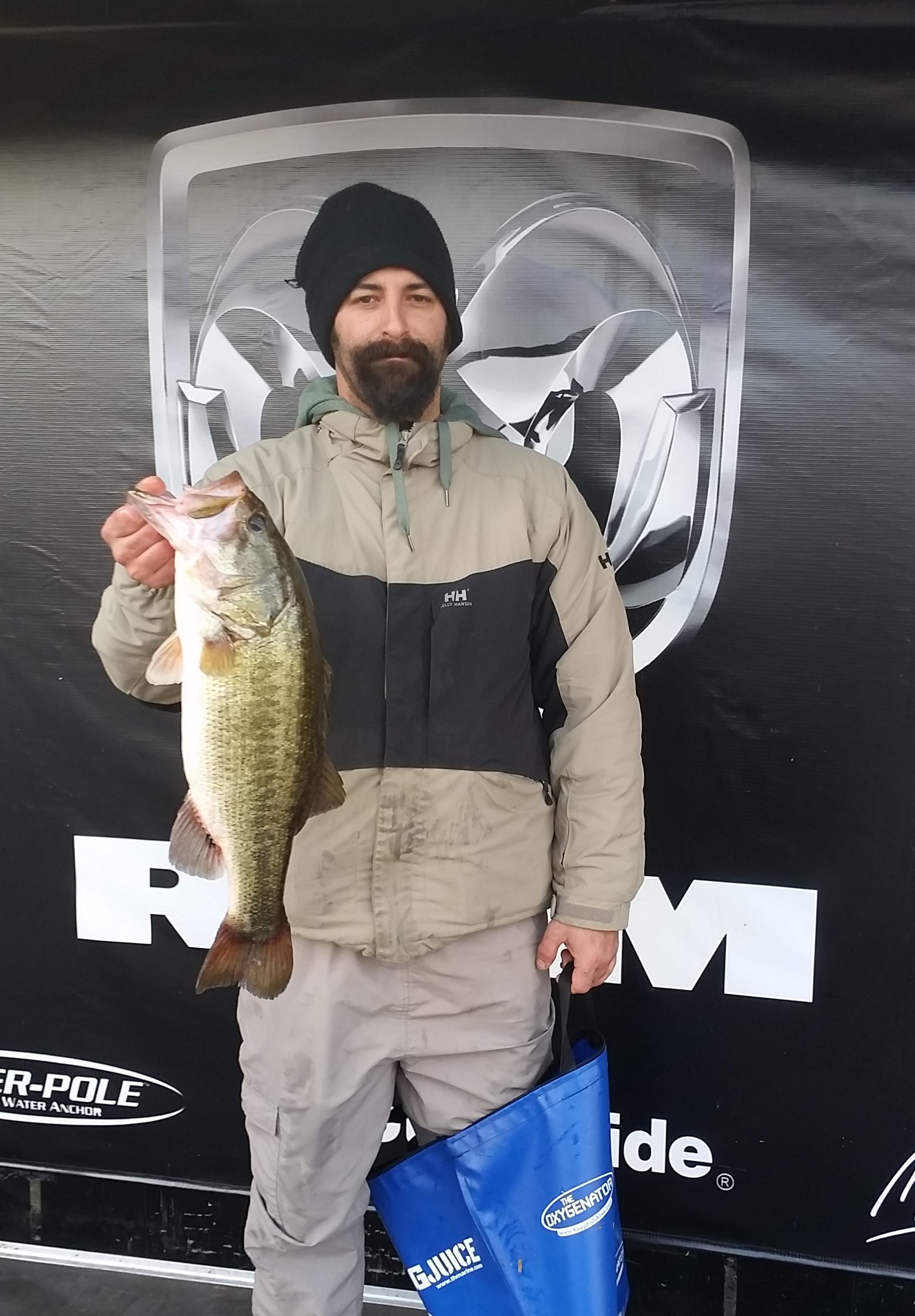 There were 42 co-angler entries for this Ram Truck Open Series event.

Lots of contingency money is up for grabs during the 2016 Ram Truck Open Series Series season. Anglers participating in the Triton Gold program can earn up to $7,000 at 2016 divisional events and up to $50,000 at the 2017 Ray Scott Championship. Anglers can also take advantage of other programs such as T-H Marine Atlas Rewards, Power Pole Captain's Cash, Garmin Grand Giveaway, Livingston Lures Cash for Big Bass, Abu Garcia Revo Big Bass Bonus, Maui Jim Bonus, and Mercury/Motorguide bonus money.