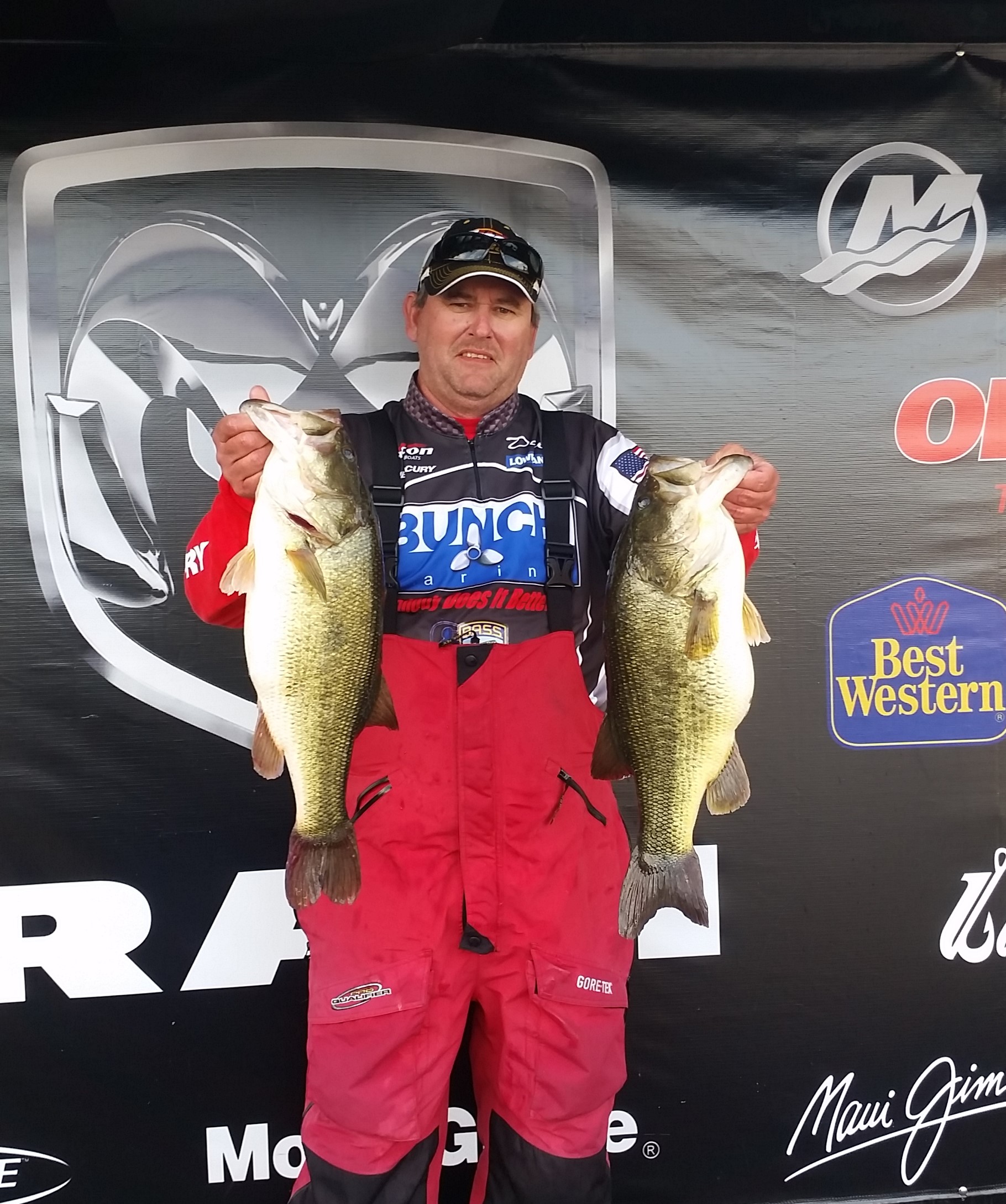 Dale Pelfrey of Rockwood, TN won the Tennessee East Division Ram Truck Open Series opener at Lake Guntersville on February 6, 2015. Pelfrey caught a 28.47 pound sack of Guntersville bass to win $5000. “I caught all my fish using a green pumpkin jig with a Rage Craw as the trailer. We caught fish all day. It was a slow grind. We caught about 20 fish between the two of us. We had bites just every 30 minutes to an hour, rotating between two spots.  It was not a very good execution day, I lost two good fish,” said Pelfrey.

Derek Remitz of Grant, AL finished in second place with 18.15 pounds to earn a check for $1158. “I caught my fish using a Chatterbait running pockets looking for cleaner water. Since the lake was muddy, I just kept trying different things. I caught about 10 keepers all day. It was slow and I would catch 2-3 fish and then go a few hours without catching fish,” said Remitz.

The third place spot went to Brian Hatfield of Spring City, TN with 17.26 pounds winning $772. “I was using a Livingston Howeller crankbait and a gold and black Jackal jerkbait all day. I was fishing in 8-10 feet of water, targeting rocks and bridges. It was slow all day, I did not catch my fish until the last 30 minutes of the day,” said Hatfield.

Boater Big Bass honors went to Greg Lamb of Birchwood, TN after bringing in a 7.97 pound Guntersville largemouth worth $490 from the Big Bass Pot. “I caught my big bass in 6 feet of water using a Z-Man Chatterbait in Town Creek around noon,” said Lamb. 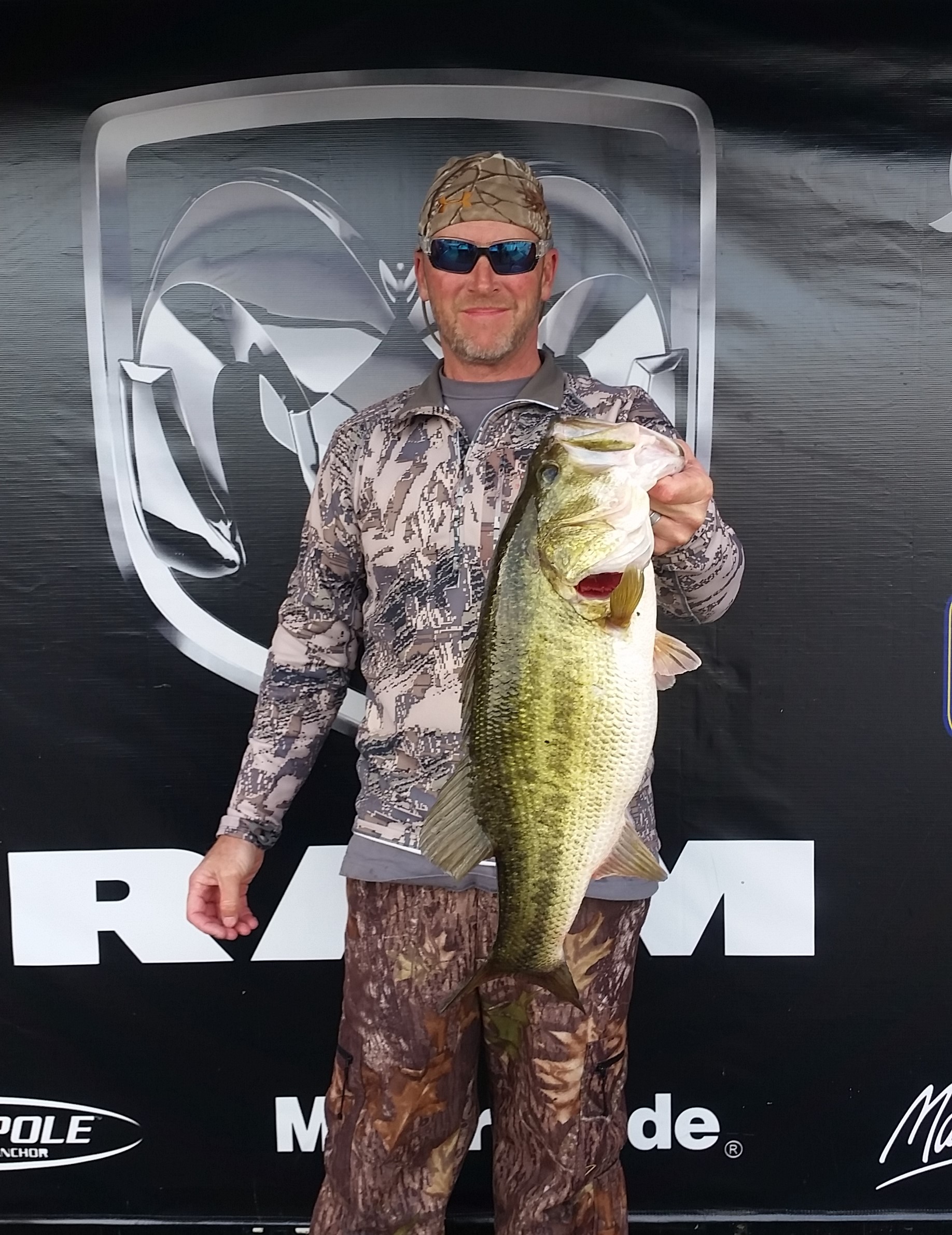 There were 52 boaters registered for this Ram Truck Open Series event.

Lots of contingency money is up for grabs during the 2016 Ram Truck Open Series Series season. Anglers participating in the Triton Gold program can earn up to $7,000 at 2016 divisional events and up to $50,000 at the 2017 Ray Scott Championship. Anglers can also take advantage of other programs such as T-H Marine Atlas Rewards, Power Pole Captain's Cash, Garmin Grand Giveaway, Livingston Lures Cash for Big Bass, Abu Garcia Revo Big Bass Bonus, Maui Jim Bonus, and Mercury/Motorguide bonus money.