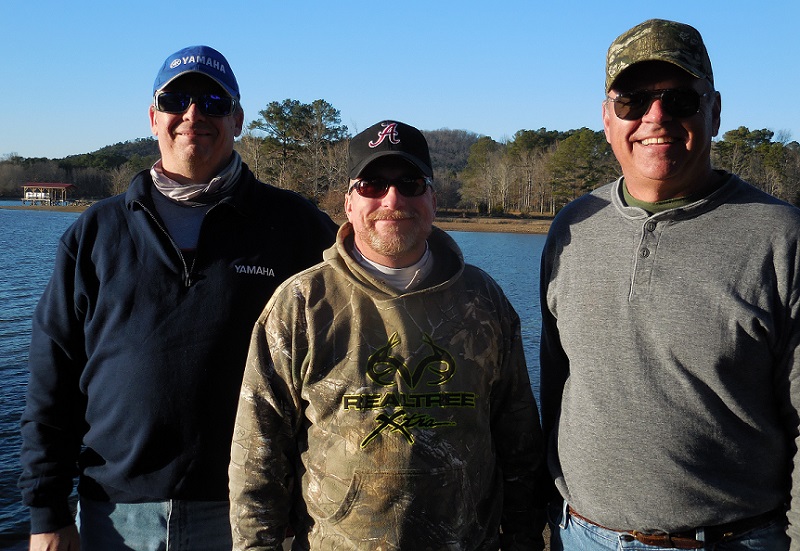 Charles Anderson is one step closer to the Ram American Fishing Tour National Championship with a first place win in the Division 88 Alabama East/Central tournament held on Lake Weiss on December 19th. Charles brought in a sack of 19.86 pounds, caught on a spinnerbait. Second place winner Derrell Parker, and Third Place Ken Draskovic each caught over 19 pounds.  Big bass was awarded Terry Tucker  for catching a 5.76 pound largemouth.

The day started out at 29 degrees with line freezing in the rod guides, warming up to 50 degrees by weigh-in time. The water was muddy with temperatures holding around 58 degrees.

Division 88's next tournament will be January 23rd on Neely Henry in Gadsden, AL.
For more information on this or any future event in this division contact Doug Orazine. 256-910-6694

These anglers are earning valuable points toward the divisional angler of the year title. The points champion from each division will compete in the annual Ram American Bass Anglers AFT Angler of The Year Final Round at the Ram American Fishing Tour National Championship.